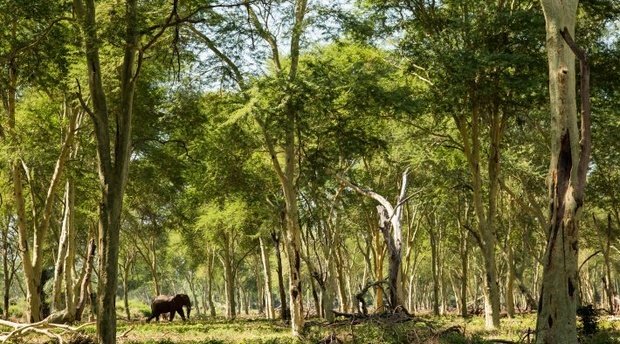 A loud snort jolts me out of my dreamlike state. A flick of the tail catches my eye as I look up to see a lone blue wildebeest bull standing some 60 metres ahead, staring us down. The golden glow of the late afternoon sun behind him gives him a mystical look. “What is that?” exclaims my Canadian partner, with all the wonderment of someone on day two of their first African safari. “I thought a wildebeest was some kind of mythical creature, like something out of the book Where The Wild Things Are”, she whispers as our little group of four comes to a stop to take in the beauty of the scene before us. Another snort reminds us that we have entered the wildebeest’s territory and he follows this up with an exaggerated dance around in a circle. There is a standoff as this magnificently unique looking creature sizes up the four of us. We are the first to blink and slowly begin making our way around him, keeping a safe distance between us. There is more snorting and some prancing around, as if he’s chasing his own tail. As we begin to move away from him, he moves a little closer towards us, dancing and snorting as he does so. It’s as though he wants us to stay, to be in that moment for longer. We oblige and stop. Our eyes locked on each other. Silence. Another snort. Another prance. And then the fever tree forest gently pulls us in opposite directions as we watch each other walk away. 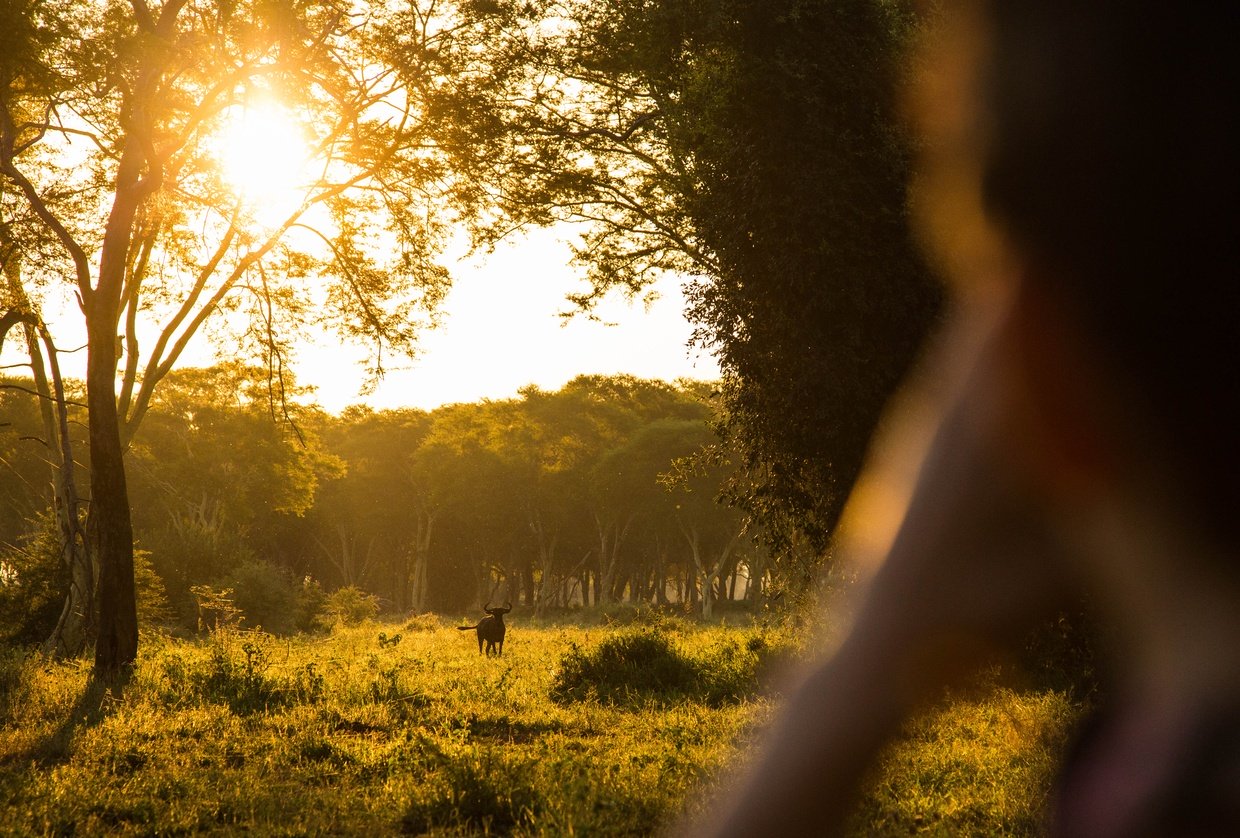 The fever tree forest has more gifts for us before the sunset brings an end to our afternoon walk. We watch in admiration as a saddle billed stork takes flight, the dappled late afternoon light illuminating the red and yellow on its impressive bill. A herd of zebra all look up in unison from their grazing as a dead branch cracks loudly beneath my foot. A group of young vervet monkeys chase each other up and down the trees, bouncing energetically from branch to branch before casting their collective gazes down on us, the visitors to the forest, the passers by. For a moment I feel awkward and clumsy moving through the forest with my camera and my bag of things. But mostly I feel at home, alert yet calm. We hear something else noisy. Something big, snapping branches. We stare in wonderment as an elephant bull comes into view and with an air of authority lumbers between the trees in front of us. We watch. Time seems to stand still. I catch myself holding my breath. Exhale.

Our guides, Rhodes and Denis, both gave up their stable jobs and corporate lifestyles in Johannesburg and Germany respectively. The call of the wild seemingly too strong for them to resist. After walking with them for four days through the Makuleke concession in the northern part of the Kruger National Park, an incredible piece of wilderness sandwiched between the Limpopo and Luvuvhu Rivers, it’s easy to understand why they both believe this is paradise. A rich diversity of creatures great and small populate an environment where the landscape is as varied as it is wild. It is a true eden for visitors to experience, to learn from, to embrace. And the best way to do this, is to walk. 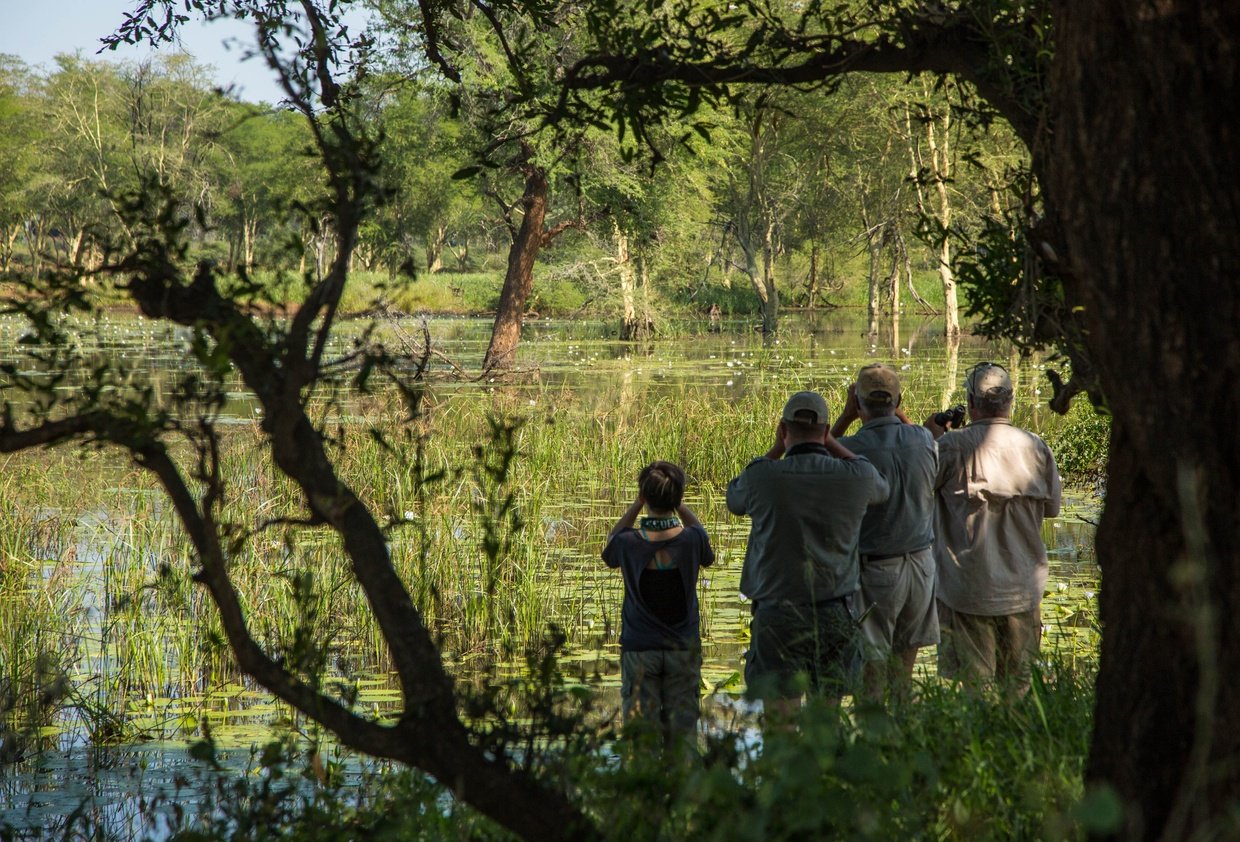 On the back of a safari vehicle, you are an observer, still somewhat removed from the natural world. On foot everything changes. With each step you feel more and more connected to the earth. Your senses are instantly heightened. The dawn chorus of birds staking their territorial claims is amplified. Your eyes are constantly scanning for any sign of movement, desperate for that visual connection with another creature. You breathe more deeply.

Everywhere you look there are stories to be found, signs of action, life and death. The tracks of a young aardvark keep us perplexed for some time before Rhodes finally coaxes it out of us. Scattered bones create a puzzle to be solved. Which animal? Which part of the body? What happened? Solving these mysteries is a huge highlight for my partner, a former student of human anatomy who is fascinated with the likeness that we have with these creatures.

For me, the biggest highlight is the trees. The fever tree forest puts a spell on me. I can’t stop looking at the magnificent canopies of the ana trees. My heart is stolen though, by the grandest of them all, the mighty baobab. As we stand beneath the oldest baobab, the result of a seed that germinated some 1500 years ago, I wonder, with eyes to see and a mouth to speak, what stories it would tell. We can see centuries of damage where elephants have used the trunk to scratch an itch, we can see evidence of birds that have come and gone, and a few metres away from the trunk, in the tiny branches of a young sapling, we can see a golden orb-weaving spider devouring its recent capture. 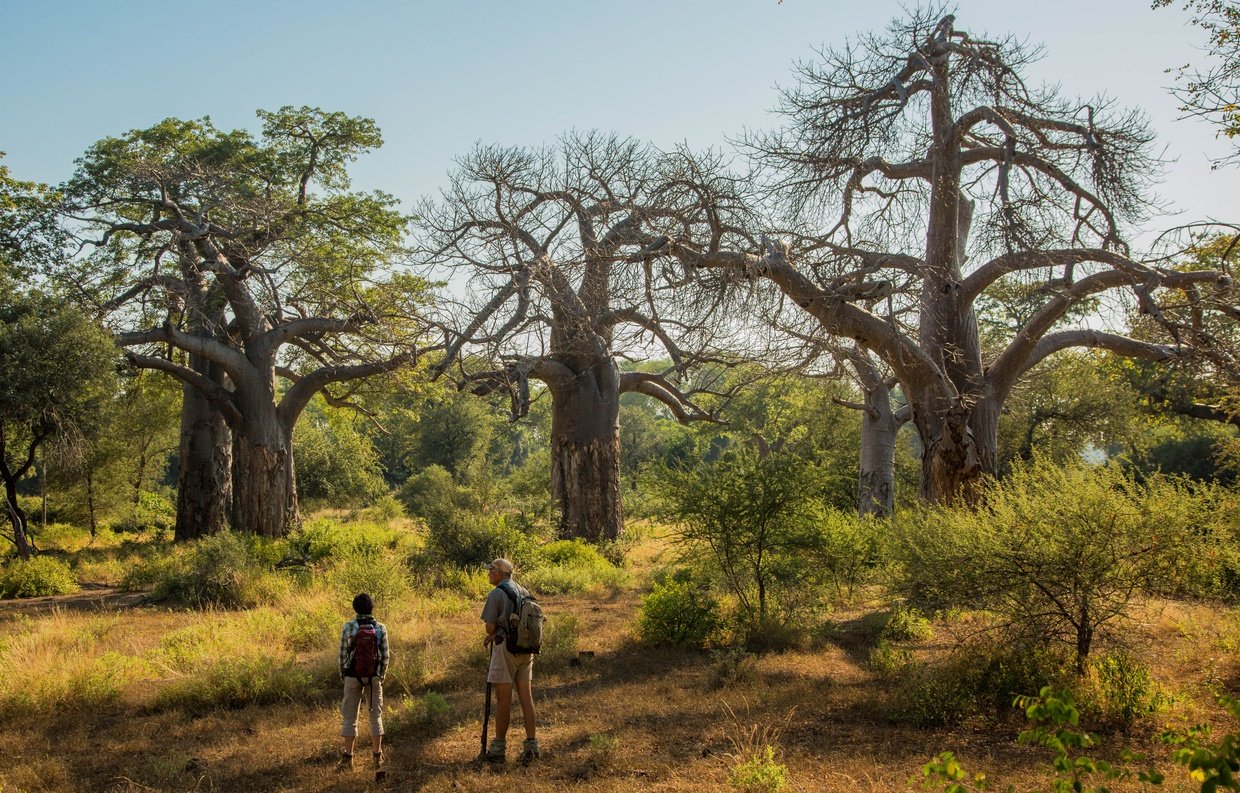 Walking through and being in this wilderness brings so many memorable moments; the crocodile scurrying out of the bushes a few metres away from us and into the pan we’re admiring, the jackal on the move as we take in the sunset, the elephants in our camp investigating the showers, watching hippos jostling for position from our shady picnic spot, the large herd of buffalo grazing below our lookout as we survey the mighty Limpopo River and the water monitor basking in the sun at the water’s edge. 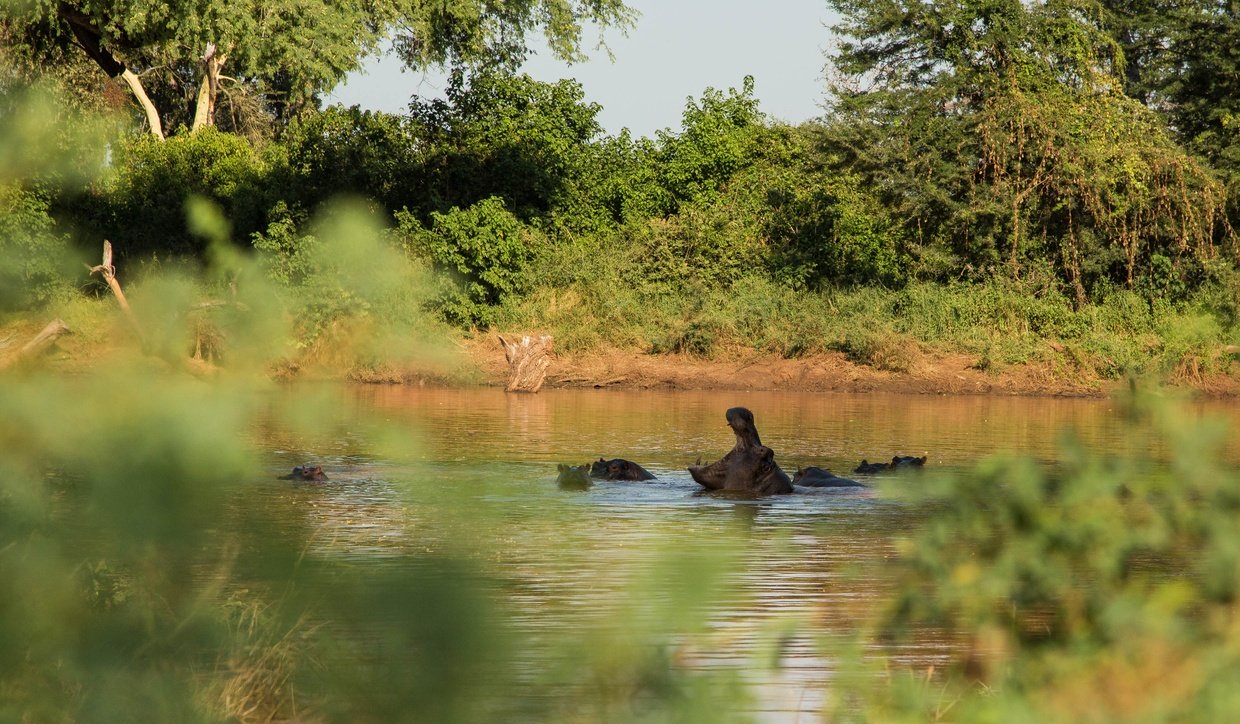 With each moment comes a feeling of euphoria, of familiarity, an overwhelming sense that we’ve been here before. We are all connected. The wildebeest knows. Let us not forget.

All Images by Ranger Diaries