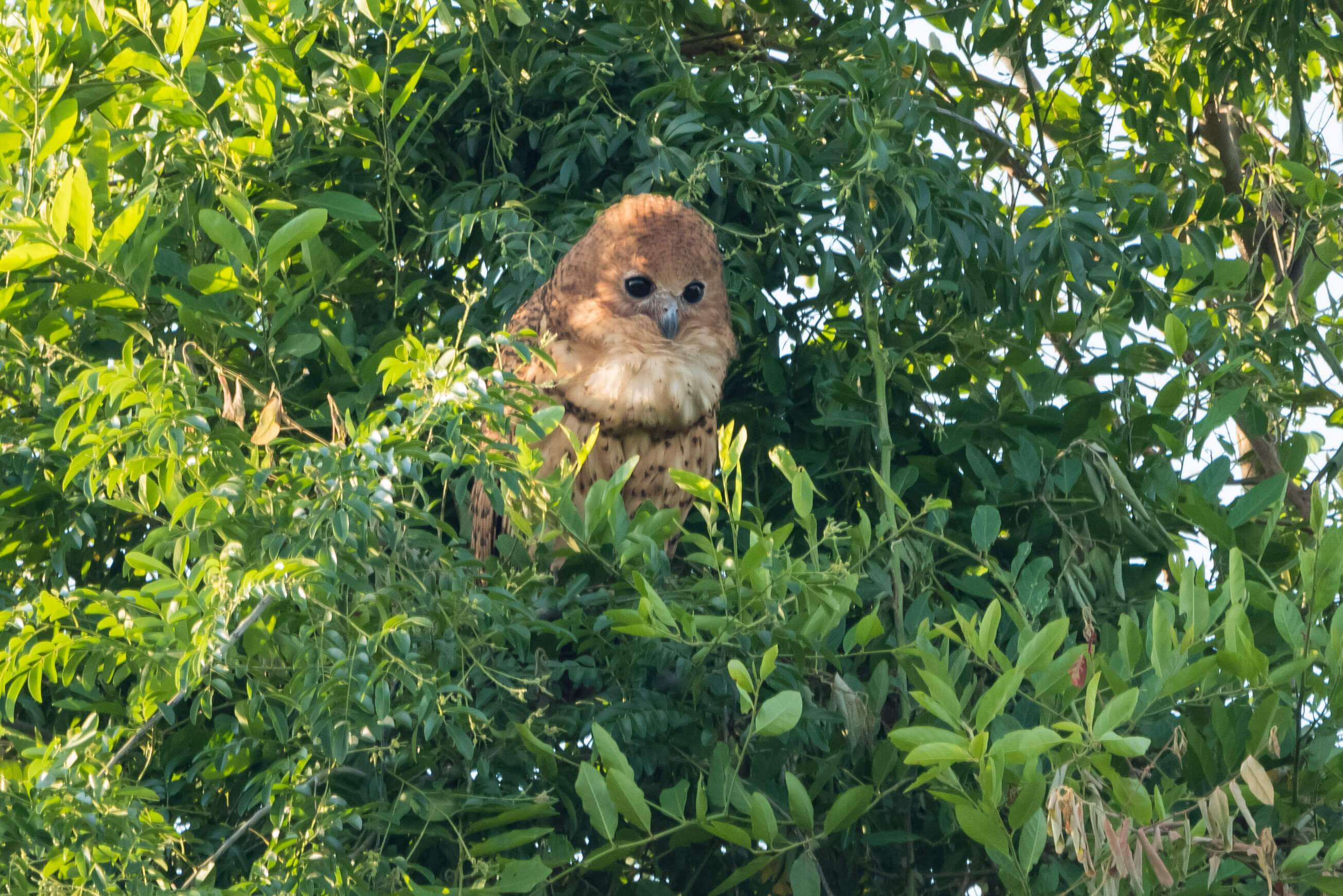 Different Type of Owls in Pafuri 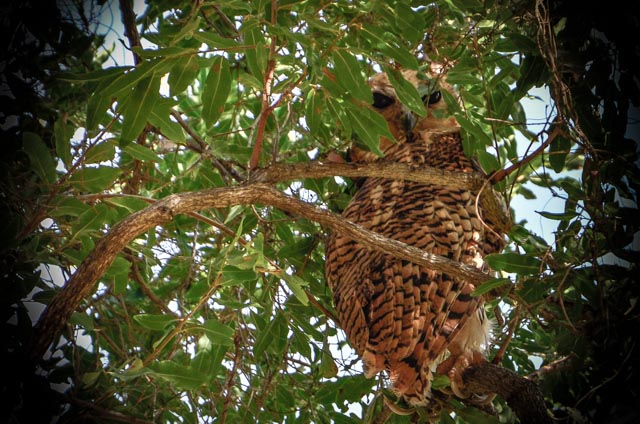 I thought I knew the sound of owls. That’s until encountering the giants of the family in the Kruger. I live in rural Swaziland, and apart from the barking of dogs, the most distinctive call of the night is that of the spotted eagle owl. She makes a repeated “hoo hoo”, a polite and enquiring tone. Then there is the screecher, the barn owl, who always sounds like he is trying to start an argument. It may be asserting its territory, reacting to a predator nearby or letting potential mates know where to find it. 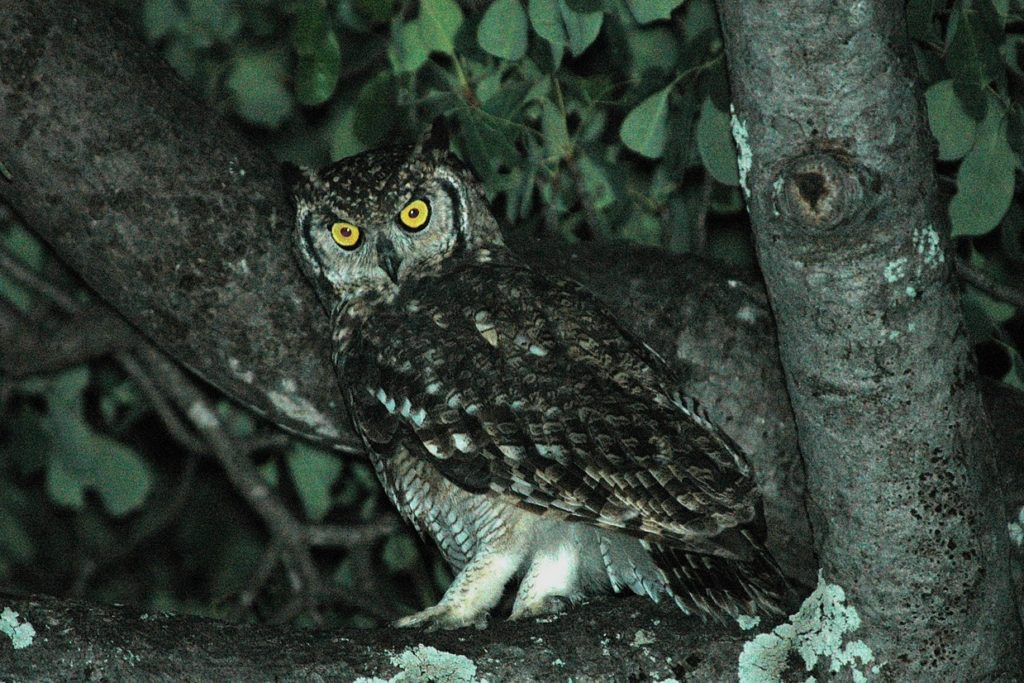 These smaller owls are also a part of the Pafuri nocturnal soundscape, but nothing prepared me for their big cousins. After dark at the camp, it’s nice to stay quiet and listen. But I’m very bad at identifying sounds, mistaking reptiles for insects, hyenas for baboons.

I heard a sort of deep grunting. At first, I thought it was a distant hippo. Then maybe a bush pig. I heard it again – could it be leopard? I was told it was in fact the vocalisation of a bird – the Verreaux’s Eagle-Owl, the largest owl in Africa. They live in pairs, and the call, which can carry up to 5km, is to defend their territory. 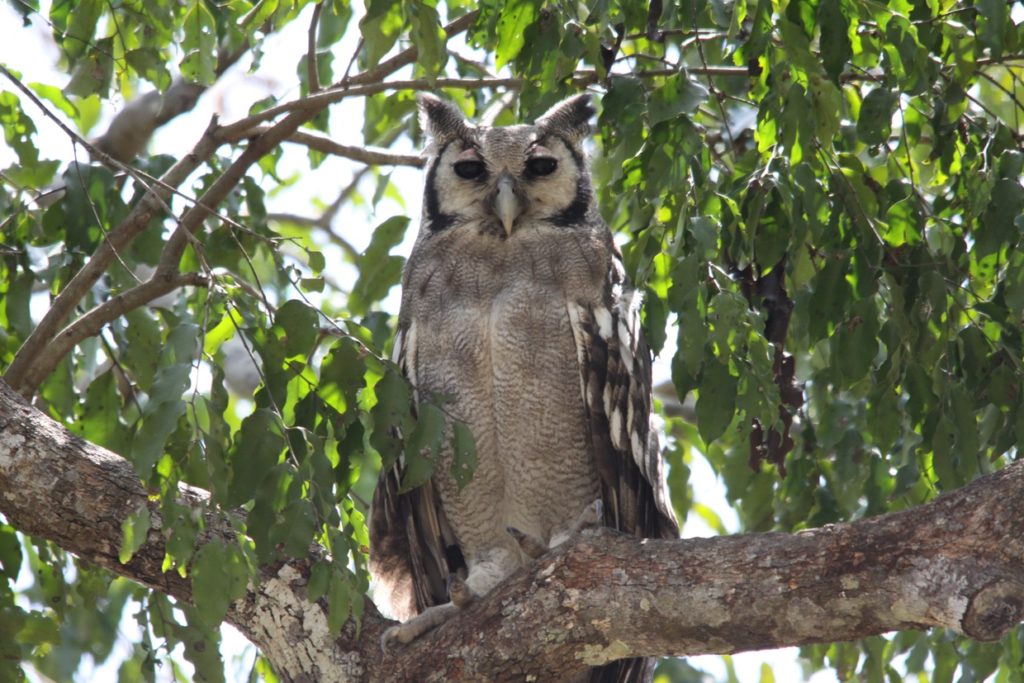 The other local giant is the Pel’s Fishing Owl. With a wingspan of about 1.5m, this russet-feathered bird is very handsome. Pafuri is the best area in South Africa to see one, and it’s a highlight for bird lovers. The Pel’s also sounds nothing like an owl should, to my ears. It sometimes makes a wailing that can be mistaken for a jackal.

The nice thing about these big owls is that they are not hard to spot by day. The small varieties seek a dark place to roost after their night hunting, but the Verreaux’s and Pel’s tend to just sit in a tree. It’s not unusual for guests to spot them from their tent decks. 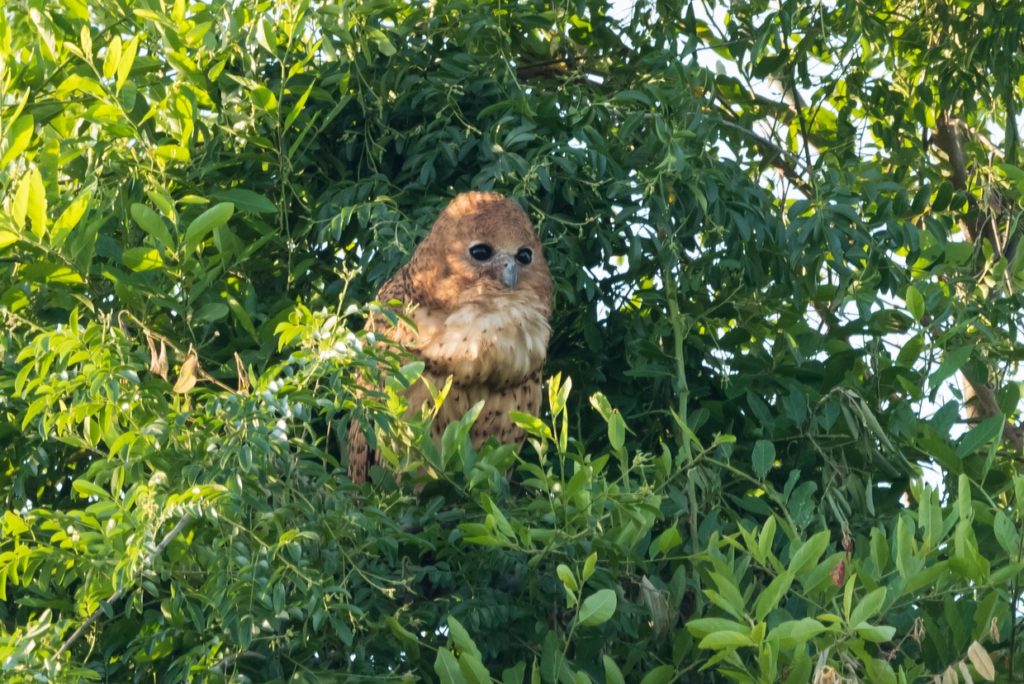 Out on walks, the guides know which trees the owls like to use – I think this is one of the reasons they always seem to be the first to spot them. Even if the owl is not there, they often find evidence on the ground. What looks like a dog dropping is in fact an owl pellet, and safe to handle.

Owls have much less efficient digestive systems than day-hunting raptors and vultures, so instead they regurgitate less nutritious parts of their meals. Verreaux’s owls – also known as the Giant Eagle-Owl – are apex predators, and will catch whatever they can, from insects to other birds and up to young monkeys, so their pellets are especially interesting to dissect. As the name indicates, the Pel’s dine exclusively on fish, so are never too far from the river.

I watched as guide Calvin de la Rey delicately pulled apart the pellet of a barn owl. Mostly it was fur, but had bones mixed in. One was a tiny jaw, with sharp little teeth. Calvin said he often finds the complete skull of a shrew, mouse or other small rodent. 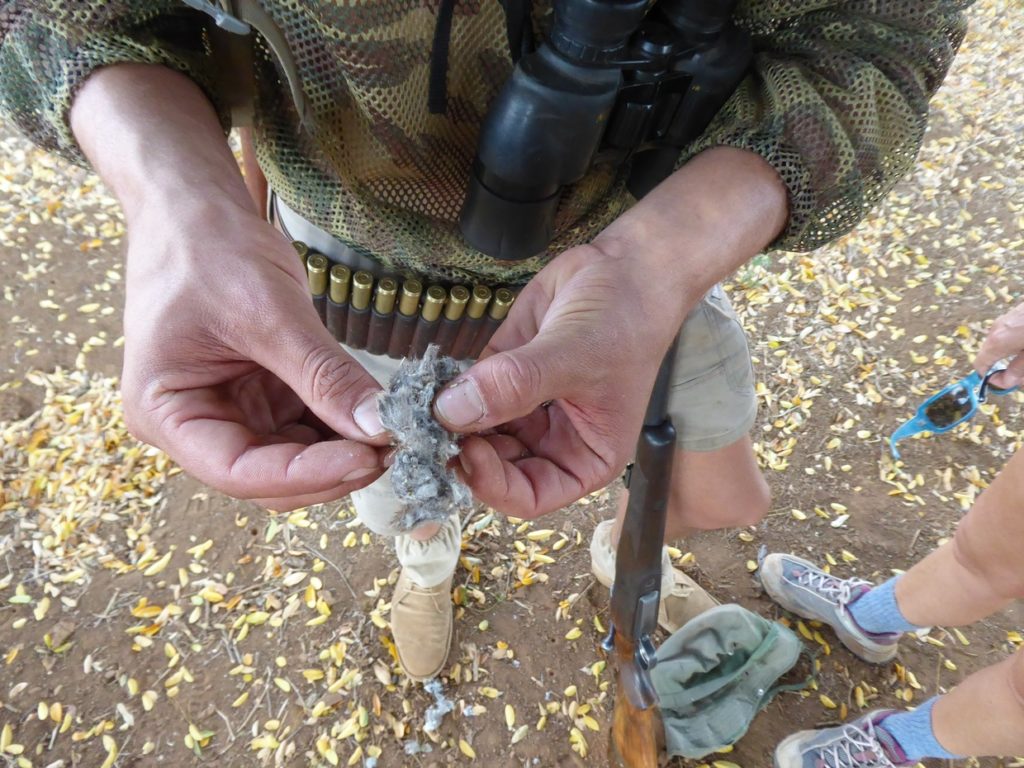 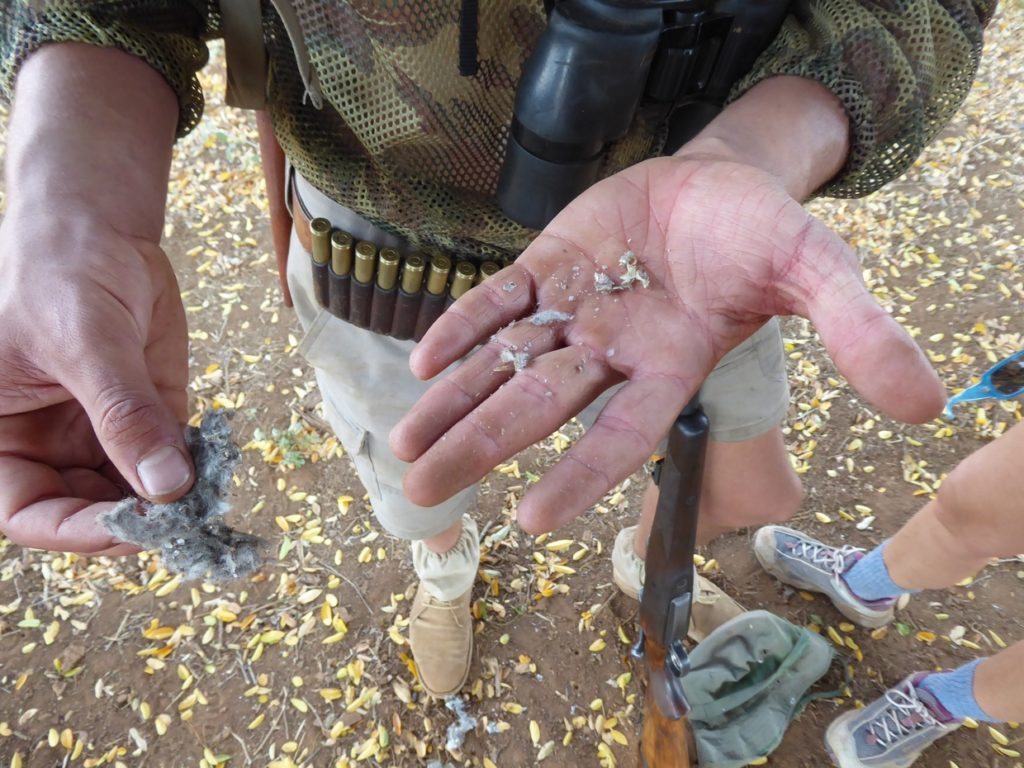 We found a pair of Verreaux’s Eagle-Owls high in a tree beside one of the pans. They stared down at us, heads swivelling. Then they looked away, deciding we were of no interest. That evening, there it was again, that strange sound. I knew those two were getting ready for a night of hunting, and letting the night world know. 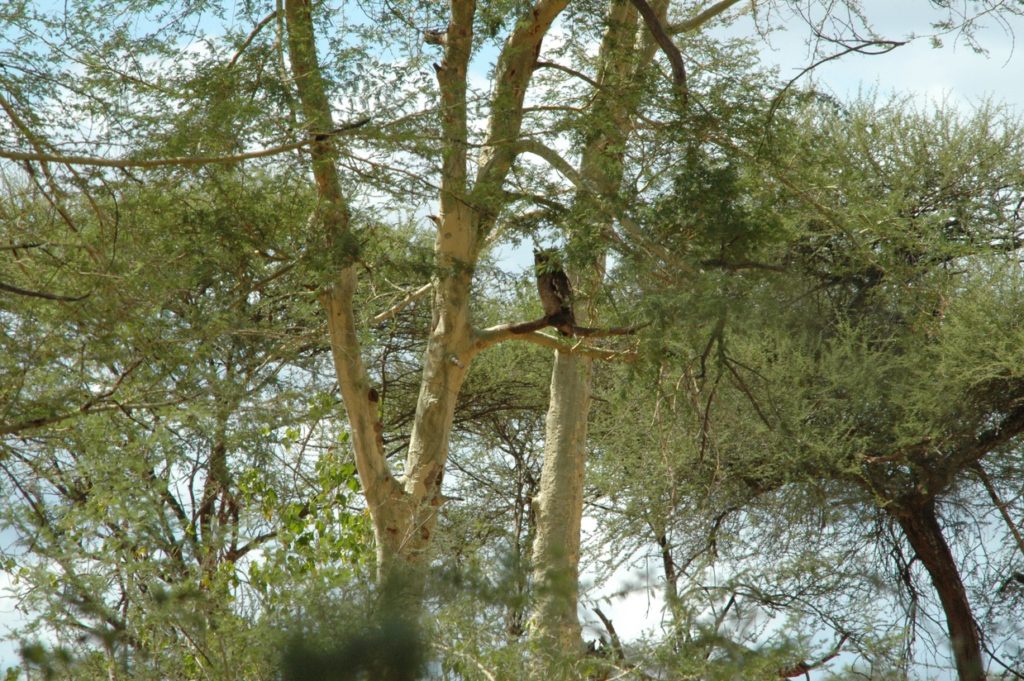