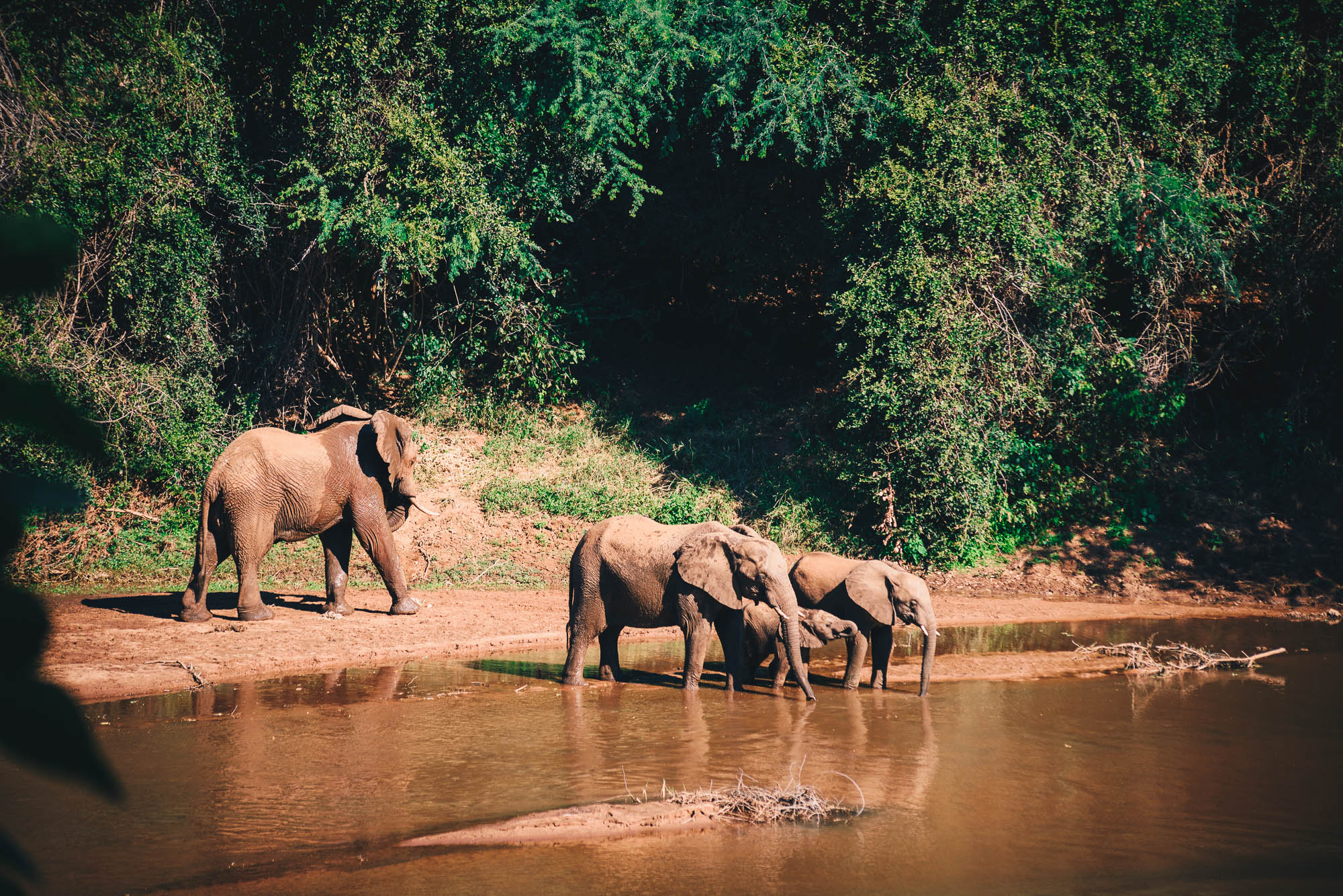 The Land Between Luvuvhu & Limpopo Rivers

The Makuleke concession is defined by two rivers. To us, they mark the borders of our area, but for nature, they are right at the center.

Like a thirsty elephant, I must return to the waters. It’s impossible to write about the Makuleke and not mention our rivers, the source of … well everything. Without their waters, what would be missing? The flocks of bee-eaters and parrots, the healthy herds of buffalo, nyala and other beasts, the fruiting riverine hardwoods; the sandstone gorges, flood plains and the fever tree forest; and of course, the camp itself and all who visit.

Flowing next to the decks and tents, the Luvuvhu river is our ever-present companion, and we sometimes forget that one of the great waterways of the world, the Limpopo, is also a neighbor. Of Africa’s rivers that flow into the Indian Ocean, only the Zambezi is bigger. 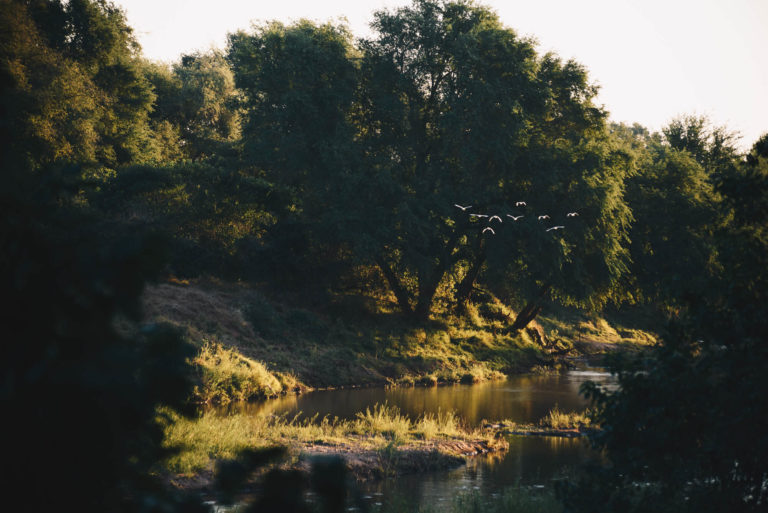 Maybe it’s less in mind because for much of the year the Limpopo is like a child in an adult’s suit. We could walk to Zimbabwe without getting our shorts wet. The source is some 1700km from here, near Johannesburg. Its tributaries flow from the edge of the Kalahari in Botswana and from as far as Bulawayo in Zimbabwe. Over 400,000 square kilometers of land is drained, but you’d find that hard to believe when you stand at Crook’s Corner in the dry season. 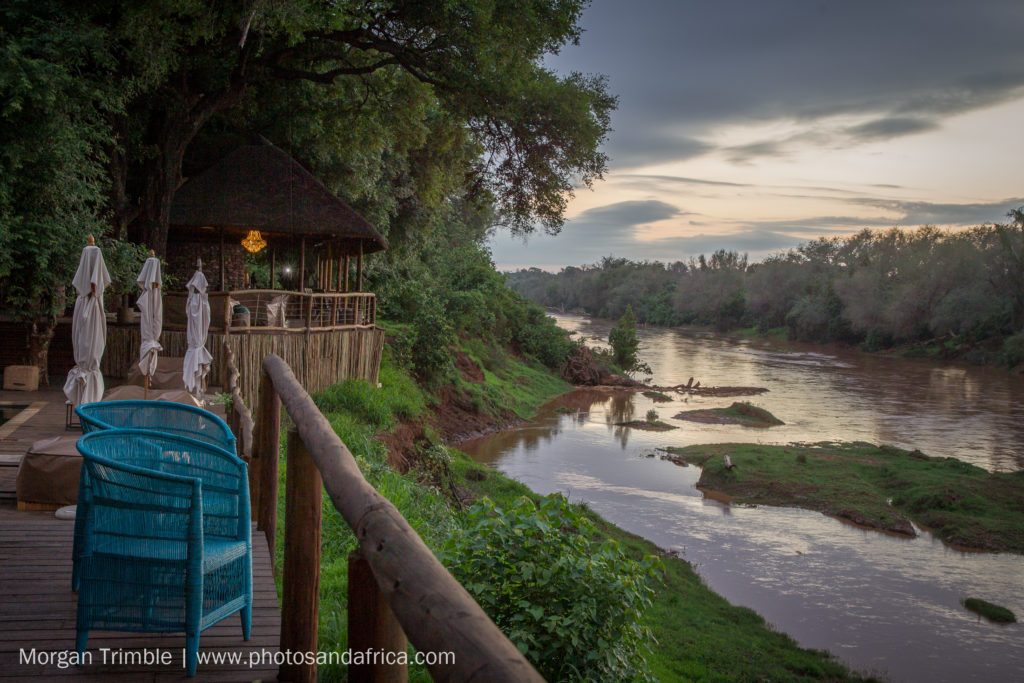 For then, the view is mostly shades of sand. This is the point where three countries meet, and the Luvuvhu waters join the Limpopo. The bushveld of Zimbabwe and Mozambique floats in a haze, less than a kilometer away. The brown river seeps in slow braids towards the tropical ocean. Where is all the water? A lot of it is trapped in dams hundreds of kilometers away. More is lost to mining, farming and other human needs. But the biggest factor is the natural cycle of climate. For most of year, its basin is classed as arid.

Then, in a good summer, the Indian Ocean gives back some of its water, carried deep inland on humid sea-winds. Each crack of thunder announces a summer shower. And this summer has been a reasonable one so far. Around Christmas, the Limpopo came back in flow, a liquid superhero, regaining its lost powers. Although it has since dropped somewhat, it yet replays its ancient role, a natural barrier that separates wildlife and peoples.

The name Luvuvhu comes from Muvuvhu, the Venda name for river bush-willow. It was known as “red leaf” by early travelers. We always hope for more rain in the catchment, as a greater flow will benefit the ecology. As with the other rivers that traverse the Kruger, there’s upstream mining, waste water discharge and agriculture activities that increase the levels of nitrates, phosphates and total dissolved sediments. High acid levels in our rivers (and oceans) is an ecological threat and we need to fight it. After all, a healthy ecosystem is vital to the national economy and supports many jobs. 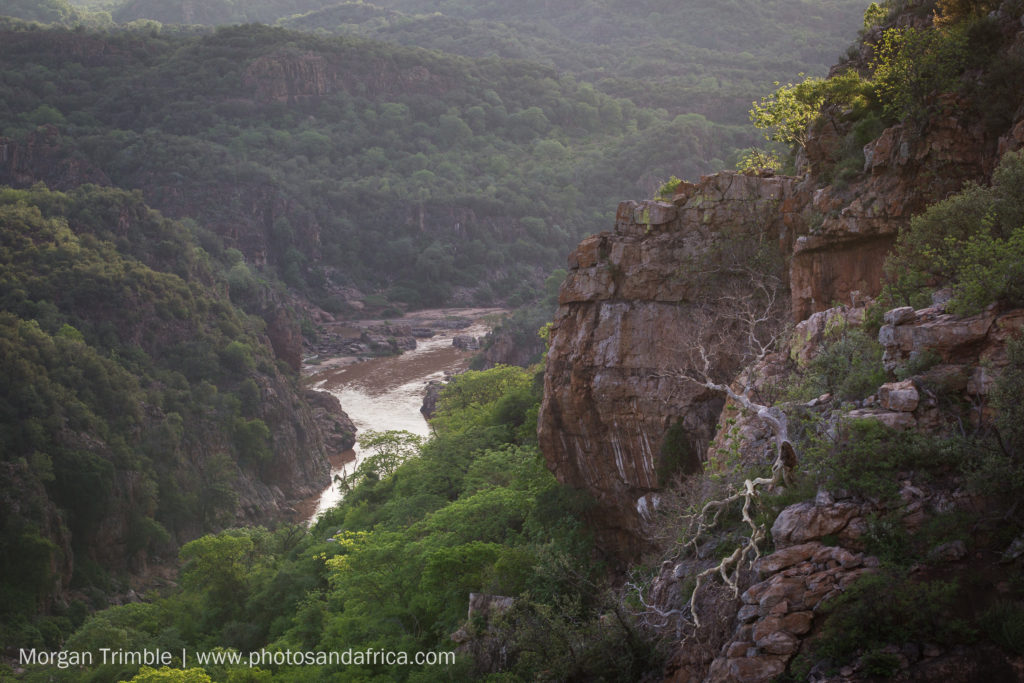 The wet season has its challenges – the humidity, the thicker bush-veld – but seeing the river waters rise also lifts the heart. We can share the joy of the elephant clans bathing in clear water by grassy riverbanks. We can feel the energy of nature recharging its batteries. At Christmas I gave my niece a toy “dinosaur egg”. After she soaked it in water, it magically hatched into a T-Rex. That’s what the rivers do to the Makuleke.

In time, the cycle will turn, this season will pass. The bush-veld palette will fade from greens to browns, and the rivers will again be elephant ankle deep.

The Art of Not Walking on Safari