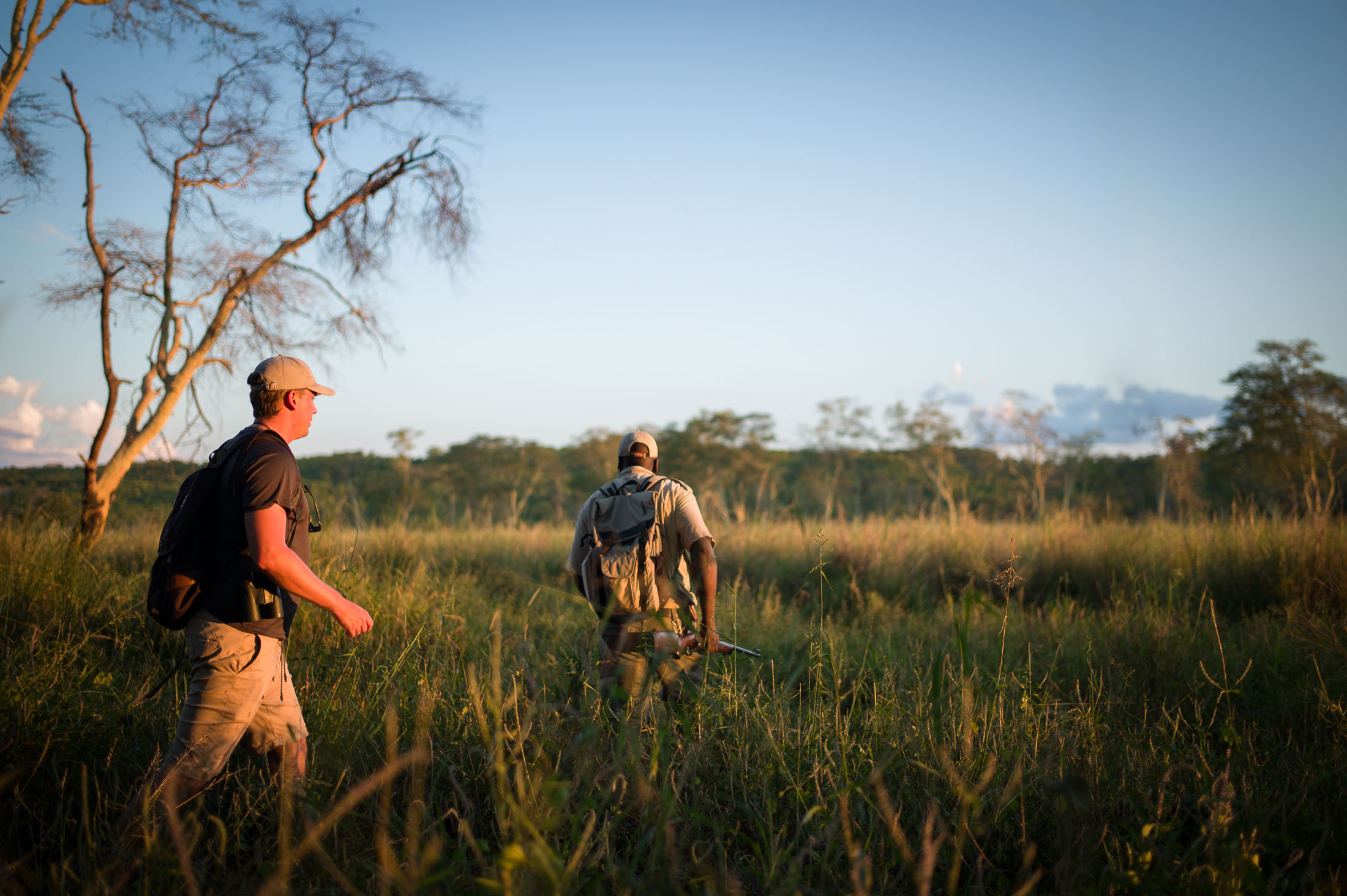 Peak walking safari season is back, and brings with it the Walking Trails fly camp and an Easter full moon.

In a forest of ana trees, two highways connect. The liquid one, the Luvuvhu, flows from west to east, draining into the Limpopo which seeps past Crooks Corner and through the Mozambique lowveld to the Indian ocean. From the north comes a less obvious trail that emerges from a gap in the hills known as Hutwini gorge and is compacted by the footfall of generations of elephants. It’s at this intersection that we erect the trails camp each season, as soon as the summer highs have eased. 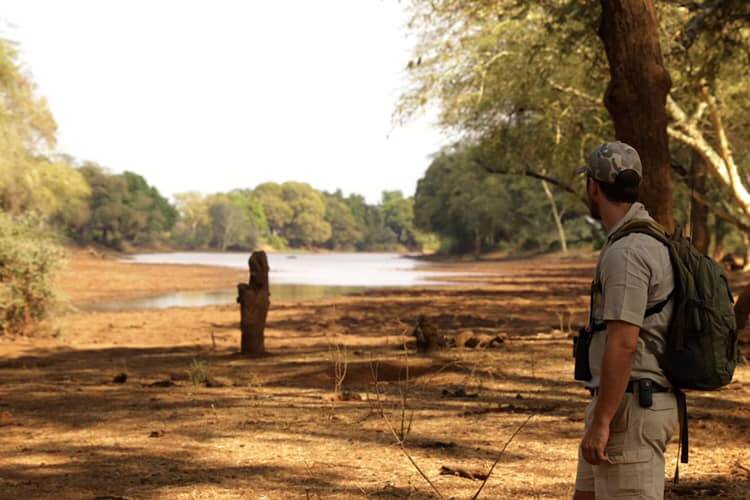 The site for Pafuri walking trails camp is level and shady, with plenty of space to separate the four guest tents, kitchen and staff tents. It’s on the floodplain, but high enough to be safe from all but a major flood such as the one of February 2013. Work began at the start of March, when camp hands Simon and Philemon started clearing summer growth and checking if there were any hives or nests to be protected. They had to stay on their toes, as elephants and buffalo wandered through on a daily basis.

With the help of the maintenance team, it took most of the month to set everything up nicely in time for the arrival of the first trails camp guests on April 1st. The last addition was the outdoor furniture including the all-important drinks counter. The camp staff moved in too, with Masana and Gladys in charge of the cooking again, and Advice and Joyce on housekeeping. The last to unpack were trails guides Hutch and Calvin. 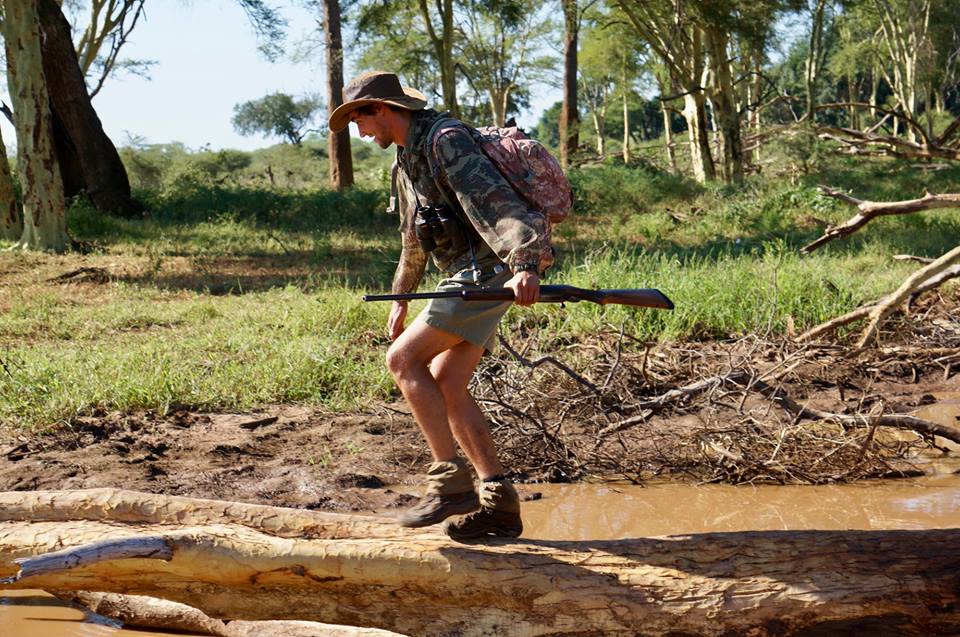 This year there are some new features at camp. The canvas shower screens have moved so that each tent has its own bucket shower behind it. And the en-suites have upgraded eco-toilets that use three litres of water per flush. They are nicer than the previous chemical toilets that were tricky to use sometimes.

The camp has minimal ecological footprint and no impact on animal behavior. If anything, the nyala seem to like having it back as they probably know that human presence gives them and their young some protection from predators, at least by day. The elephants too continue to feed whenever they please, stepping around any obstacles placed by humans. Due to its seasonal nature, and care with food storage, the camp does not attract raids from our primate cousins. These have become a serious problem in some of the Kruger’s rest camps.

This is prime walking time, with morning temperatures in the low 20°Cs. Plenty of summer birds are still to be seen: Wahlberg’s eagle and yellow-billed kite from central Africa, cuckoos and white storks from further afield. The sure sign that conditions are good is the seasonal arrival of specialist guide Johna Turner. He leads a number of week-long trails from now until October, with each spending one night at Baobab Hill Bush House, three on slack-packing trails under the stars, and three nights walking from the camp. 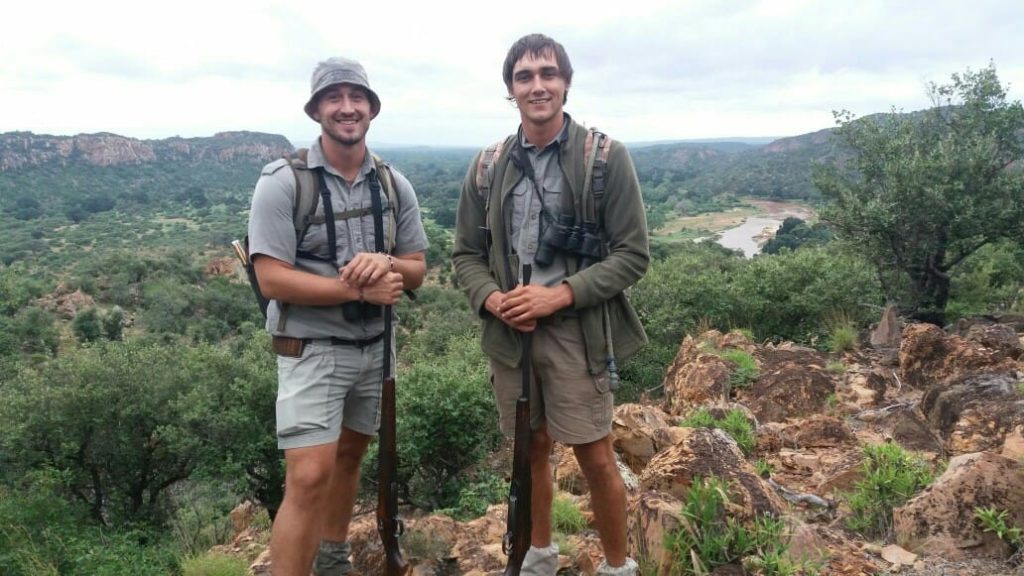 By design of the early Christians, Easter Sunday always falls just after a full moon, making it a perfect time to escape to the wilds for those in the know. Over Easter weekend pre-dawn risers were treated to a scene bathed in blue light, with owls and bats on the wing over the glinting river. As the sun rose, the moon’s light was overwhelmed, but its ghost continued to track the sky, keeping watch over all below.

For more information on RETURNAfrica’s walking safaris or specialized bushmen tracker or slackpacking trails get in touch with our reservations team on res@returnafrica.com or 011 646 1391

Trails start from R2,600 per person sharing per night and we do offer SA residents rates throughout the season.