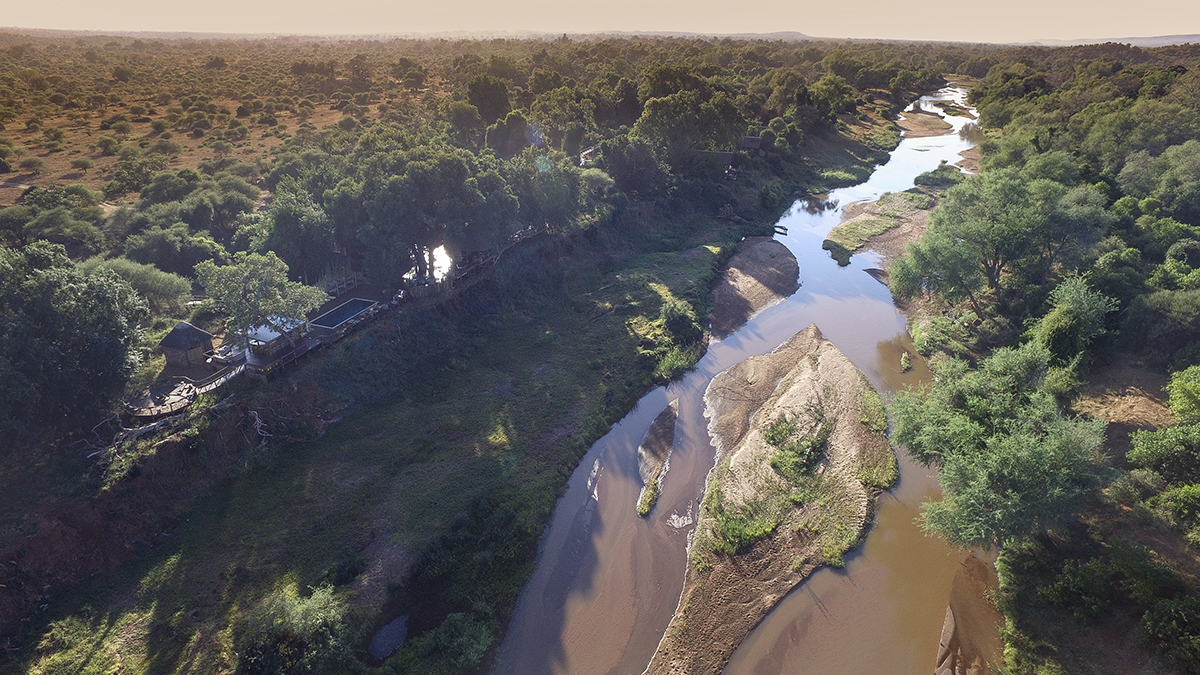 Pafuri, at the heart of a Peace Park

DO YOU STILL USE PAPER MAPS?

In this South African borderland wilderness, you might think you are on the margin but, as far as nature is concerned, you are in the serene centre.

Probably like most people, your phone is preferred for navigation. But there are still times that a paper map is essential, such as when exploring the 3000km of tar and gravel roads in the Kruger National Park. The vast park receives over 2m visitors each year, but most stick to the southern quarter which is easiest to access and has the most camps and lodges. You might have to unfold the map a few times – and flip it over – to appreciate the full extent of the Kruger.

Eventually, you find the top end of the park, bordering Zimbabwe and Mozambique. Depending on the map maker, it may be labeled as Makuleke Contract Park or Pafuri. The first is a legally defined area between the Limpopo and Luvuvhu rivers that is owned by the Makuleke community and managed by SANParks under the terms of a contract with the community. The Pafuri is a wider geographic term, that refers to the zone between the Kruger’s Pafuri Gate to the west and Pafuri Border Gate to the east, and the name comes from a corruption of the name of Venda chief Maphaphuli. 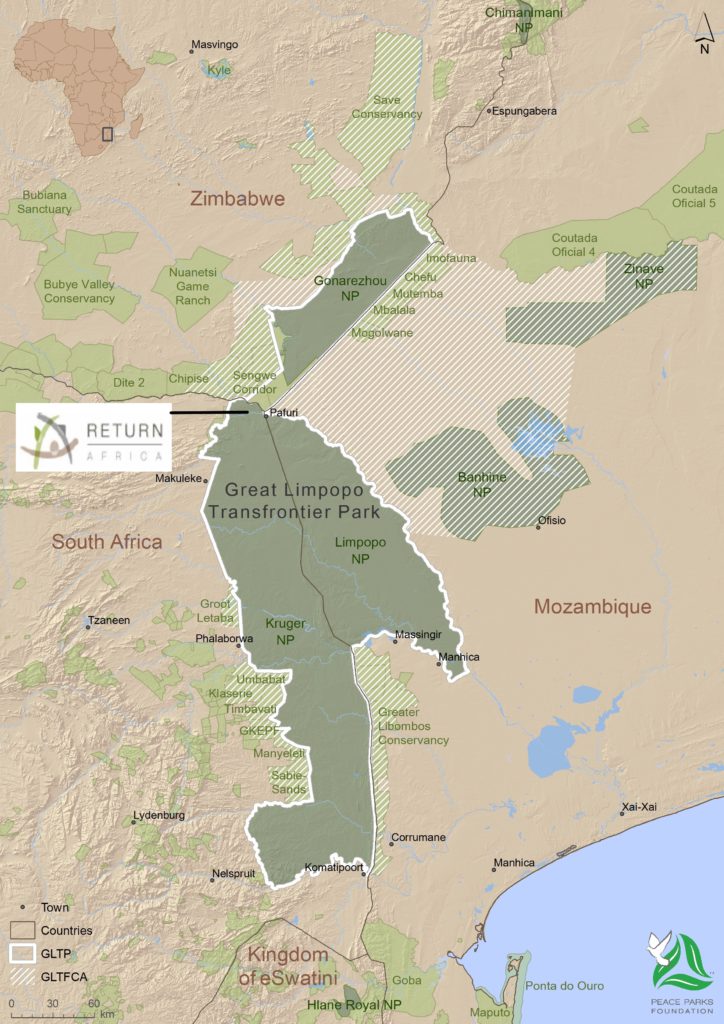 So – the Makuleke is frontier country, on the edge, beyond which lie only badlands and dragons? Ha, not quite. For the natural world, those borders are just lines on a map, to be laughed at by baobab, bird, elephant and everything between.

When we swap the political map for a natural map, it turns out that our Pafuri area is in the middle of one of largest clusters of conservation lands in Africa. In addition to the 20,000km2 of land protected in the rest of the Kruger to our south, we find large reserves to the east and north: Limpopo National Park in Mozambique, and Gonarezhou National Park in Zimbabwe. In combination, this area has a name, although it is not widely known: The Great Limpopo Transfrontier Park, 35 000 km2 of contiguous space for nature. It is one of five conservation areas that transcend South Africa’s political borders, and one of twelve such in Africa. These “peace parks” were established in recognition that conservation of habitat and wildlife requires international cooperation, and linking up these areas and creating wildlife corridors – will benefit migratory animals. Moreso, they recognise that by acting in a coordinated way to protect nature, working towards shared objectives and sharing resources, can also improve cross-border relations.

The Great Limpopo TP was established in 2000 and has enabled wildlife to move freely across the South African-Mozambique border, which is unfenced north of Olifants river. Cooperation in fighting wildlife-crime is a top priority, and staff on the ground from South Africa and Mozambique meet regularly to collaborate on conservation and anti-poaching matters. Wildlife can also move freely between the Makuleke and Gonarezhou National Park via the Sengwe communal land, or “Sengwe corridor”.

The state-owned lands in the Transfrontier Park are part of an even more larger conservation area known as the Great Limpopo Transfrontier Conservation Area (see map). This massive 100 000 km2 zone includes Mozambique’s Zinave and Banhine National Parks, and other state and privately owned lands in South Africa, Mozambique and Zimbabwe. In 2018, hundreds of impala, zebra and wildebeest were transferred from Kruger to help rewild Zinave National Park.

The driving force behind Africa’s TFCAs is Peace Park Foundation, a not-for-profit with the goal to “reconnect Africa’s wild spaces to create a future for man in harmony with nature.” The foundation takes a holistic approach to restoring and reconnecting large functional cross-border ecosystems, which includes engaging local communities and communal land-owners as the organisation “recognises that the participation of these communities is essential for the success of conservation initiatives”. Basically, if tourism is to be the revenue generator from nature conservation, then local communities need to be invested and share the rewards. The South African College for Tourism – which trains people from impoverished rural backgrounds in hospitality skills and wildlife tracking – also operates under the auspices of Peace Parks.

The success of the Makuleke Contract area can be a model for the whole Great Limpopo TFCA. When you reach the edge of the map and settle into this peaceful corner of Africa, it’s good to know that you are supporting a sustainable form of tourism, one that shows humans and wildlife can share the wilderness, for the benefit of both.

The Calm After the Storm at Pafuri