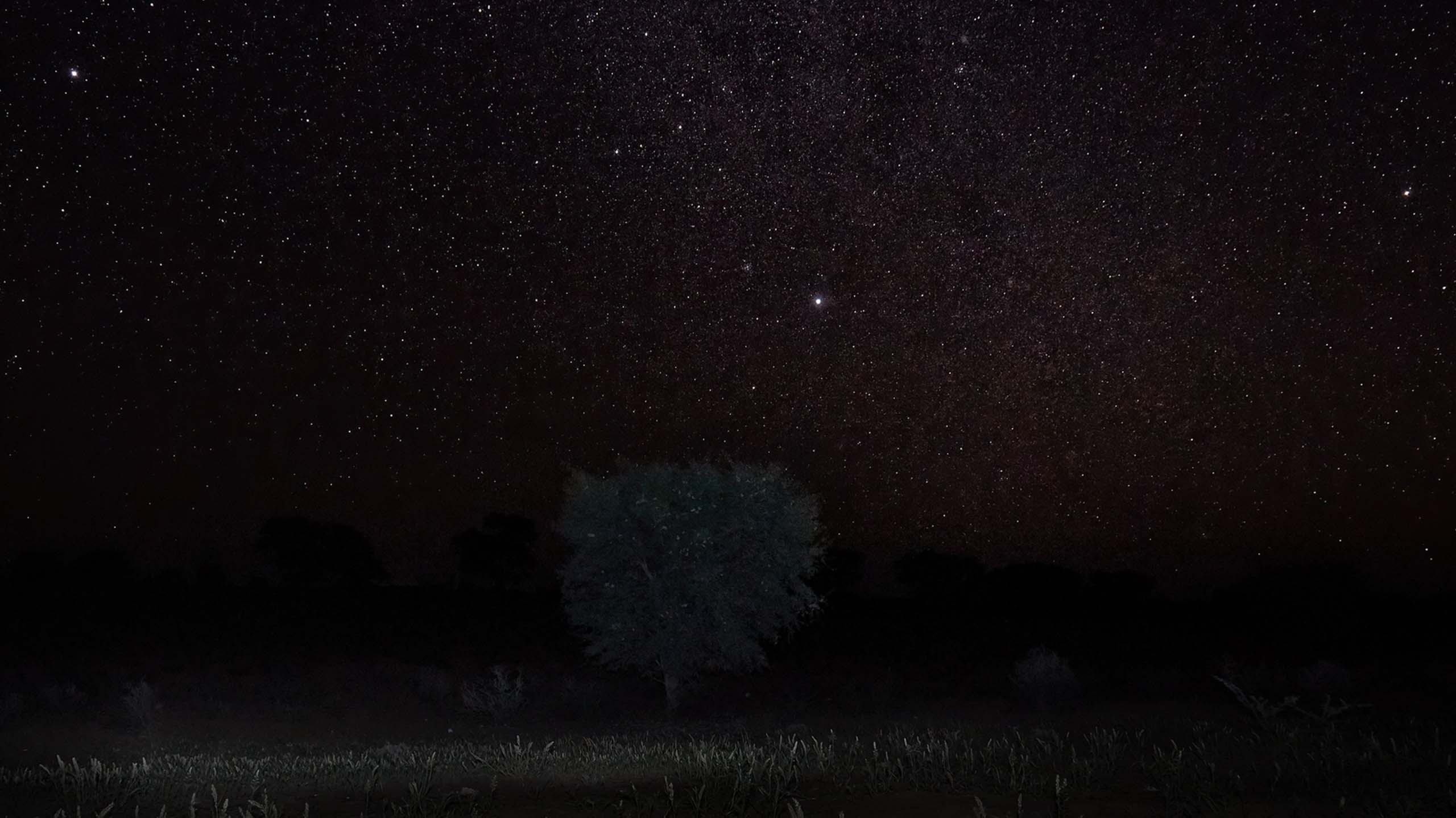 On 20th August a lioness and her three cubs were relocated from Balule Private Game Reserve near Hoedspruit to the Pafuri region of Kruger National Park.

The lioness had twice broken out of Balule into neighbouring farmlands in her efforts to avoid competing lions which posed a threat to their lives. After the second recovery operation it was decided to relocate the mother and cubs to protect them from the obvious risks faced outside the Balule reserve. Being an ideal habitat for lions, with plentiful game and huge expanses of pristine bushveld, Pafuri was an ideal home for the family. Pafuri is an area where there are presently no resident lions, due to snaring & poisoning, as well as them straying across borders into neighbouring areas from which they didn’t return. The lioness had also not killed livestock when outside of Balule, which is important for an area like Pafuri which is adjacent to communities living on its Western boundary and on the Northern side of the Limpopo river.

The lioness was tranquilised, and the cubs captured and crated for the 5½ hour trip up to Pafuri. They arrived at 00:30am on the morning of 21st August.

Richard Sowry, the KNP Section Ranger for Pafuri, sent an invitation to all of the Concessionaires operating in the Makuleke Contractual National Park (otherwise known as the Pafuri Triangle) to witness and assist in the release of the lions.

So it was that 4 game viewing vehicles assembled on the Luvuvhu river bridge under a brilliantly clear star-spangled sky in anticipation of the release of the lioness and her 3 to 4 month old cubs. There we were met by Richard and Ian Nowak, the warden of Balule Private Nature Reserve, who guided us to the release location. 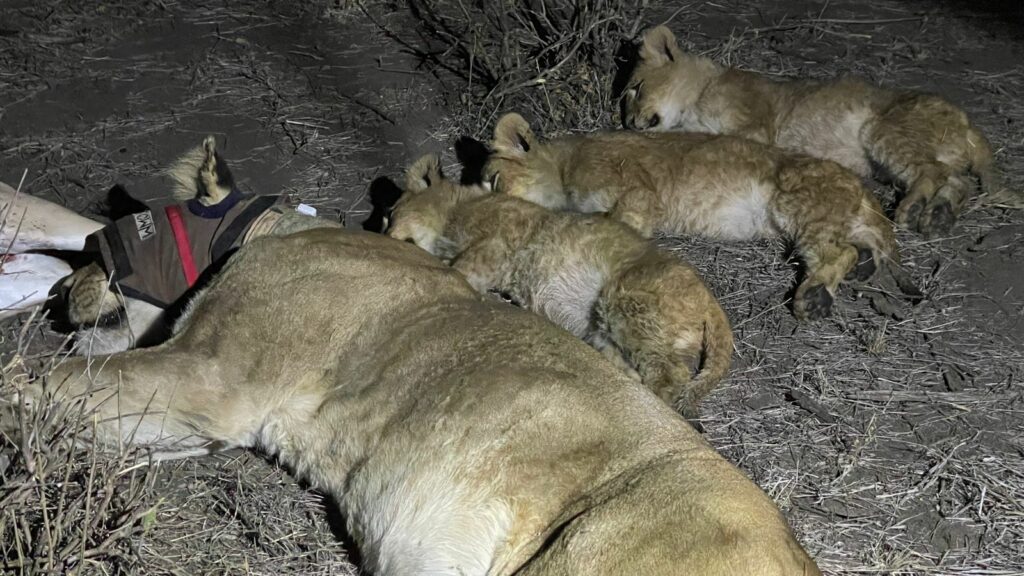 The lions were being cared for by Gunther Nowak , the Vet from MTPA . Before release the cubs were sedated – one was a feisty little cat and made life difficult for the vet as he tried to administer the injection, repeatedly swatting the syringe away. But eventually all of the lions were sleeping peacefully, and the Field Rangers amongst us helped lift them from their crates and lay them out on the ground about 30m in front of the assembled vehicles. 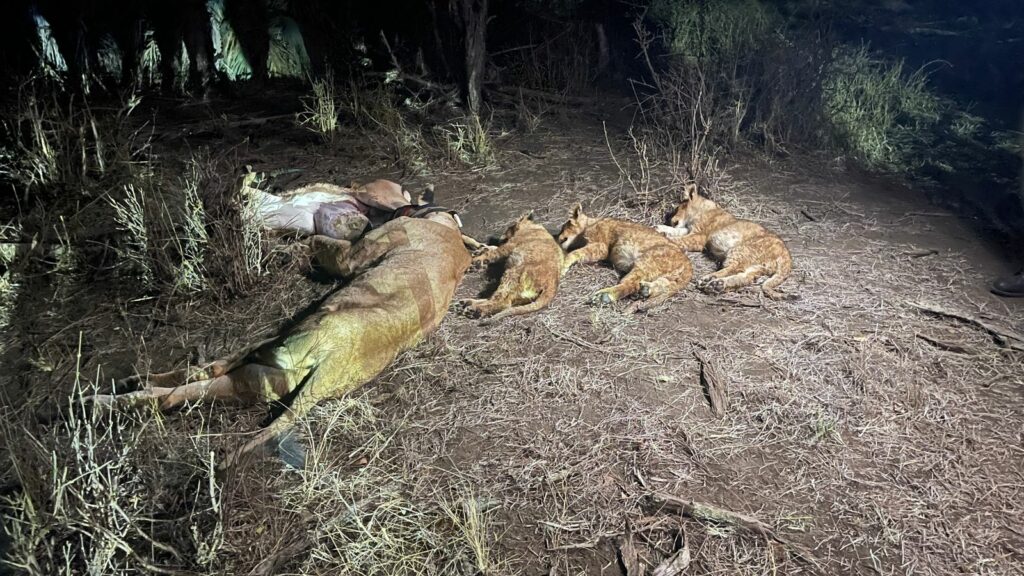 Gunther then fitted a tracking collar to the lioness, removed the hood covering her eyes, instructed us to retreat to the safety of the vehicles and administered the anaesthetic antagonist (wake-up drug) to each of the animals. After 15 minutes the first cub’s ear started twitching and a few minutes later she groggily got to her feet and crawled over her mother’s recumbent body before lying down again. During the next 30 minutes another cub, and then the mother woke up. Once she had gathered her wits she fixed the vehicles (the source of light and whispering) in a long, concentrated and withering stare, before getting shakily to her feet and following the trail of the first two cubs into a nearby thicket. The last of her cubs bounced up to join her as soon as she started moving.

By now it was 3am. We were a little cold, but felt exhilarated, thankful and exceptionally privileged to have been included. What an incredible experience! 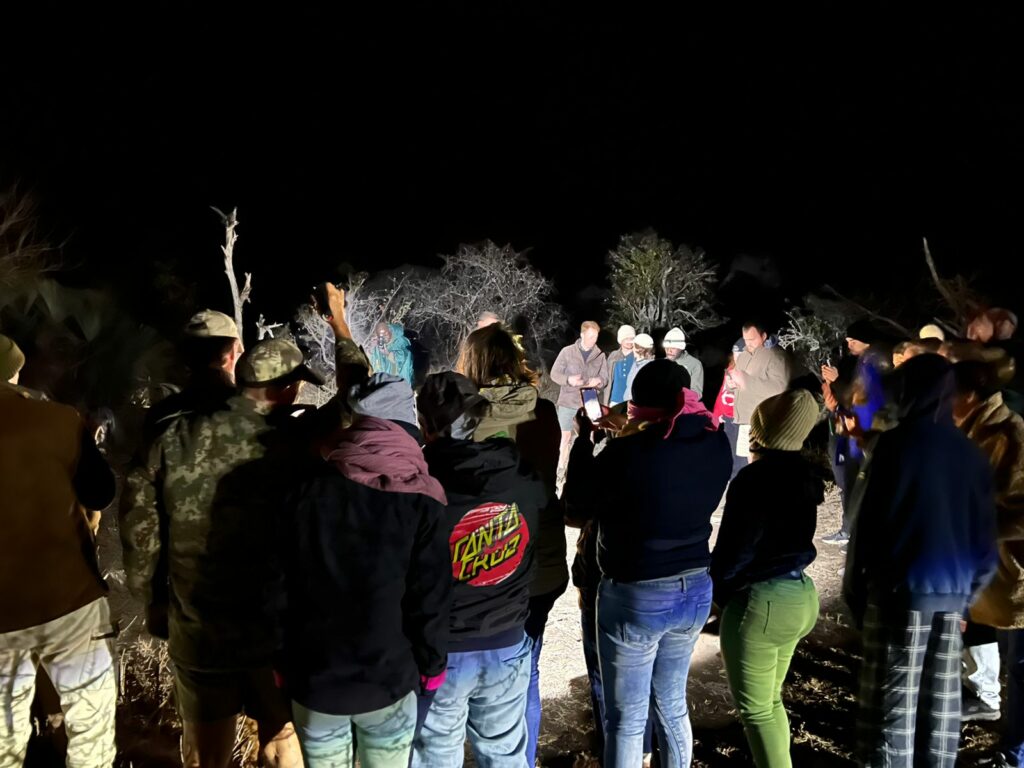 In time perhaps this lioness and her growing cubs will be joined by a roaming lion to form the nucleus of a new pride in the region. What a wonderful story that would be.