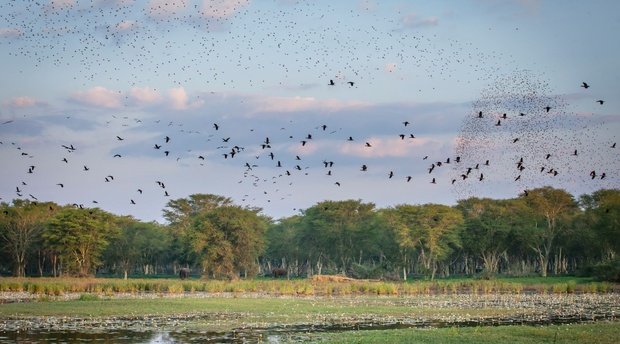 July has got to be one of my favorite months in Pafuri! The early morning and nights are cold and you are able to snuggle up on drives and in your warm bed at night with hot water bottles. The days are lovely and hot; it’s perfect shorts and t-shirt weather. Hard to believe it’s what we call “winter” up north.

The elephants are making use of Pafuri as their winter-feeding ground and many breeding herds visit us; mostly along the Luvuvhu River and around Pafuri Camp. There have also been many sightings of large numbers of bull elephants. It has been very special watching older males and their mentoring relationship with younger bulls.. 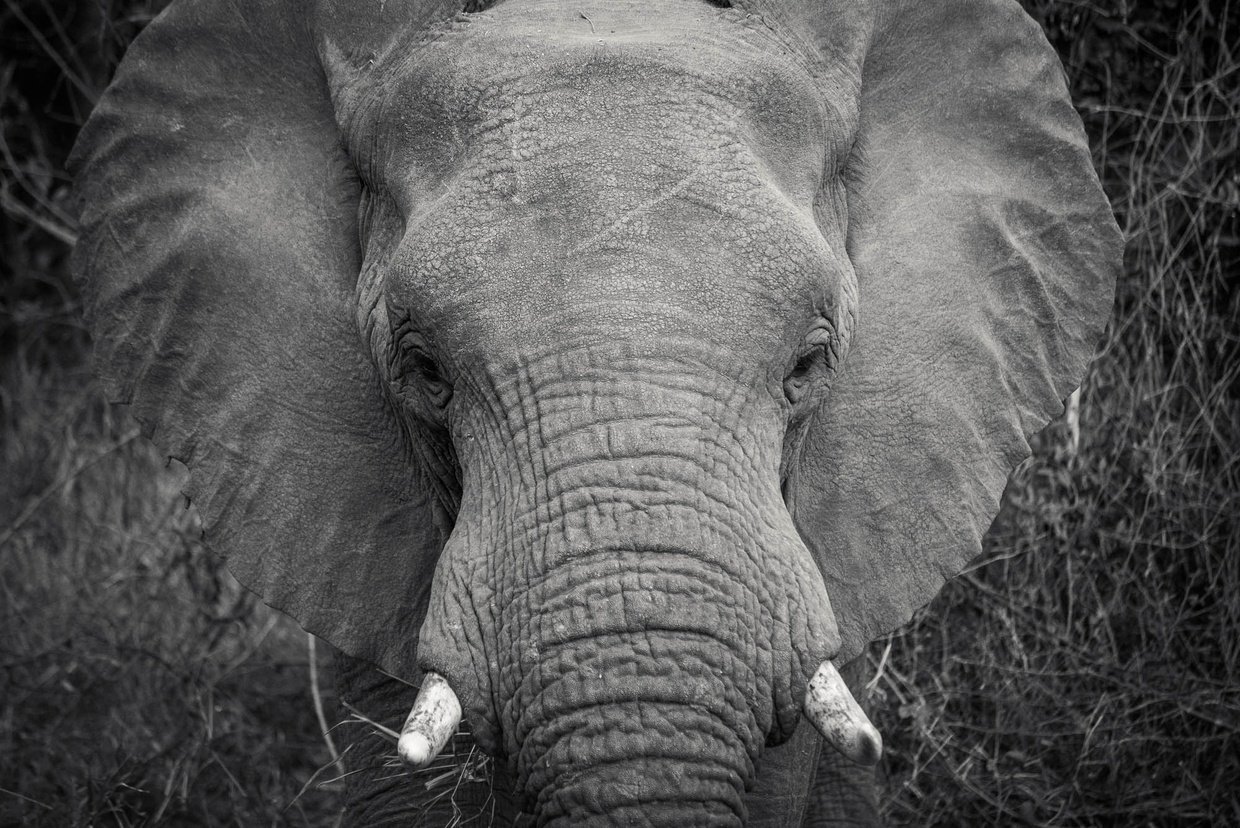 Lions have been calling around the camp and it is lovely to hear them roar while safely inside the trails camp tents. While we haven’t had many sightings of the lions this month, but we have seen their tracks around Baobab Hill Bush House and the Pafuri Walking Trails camp areas. 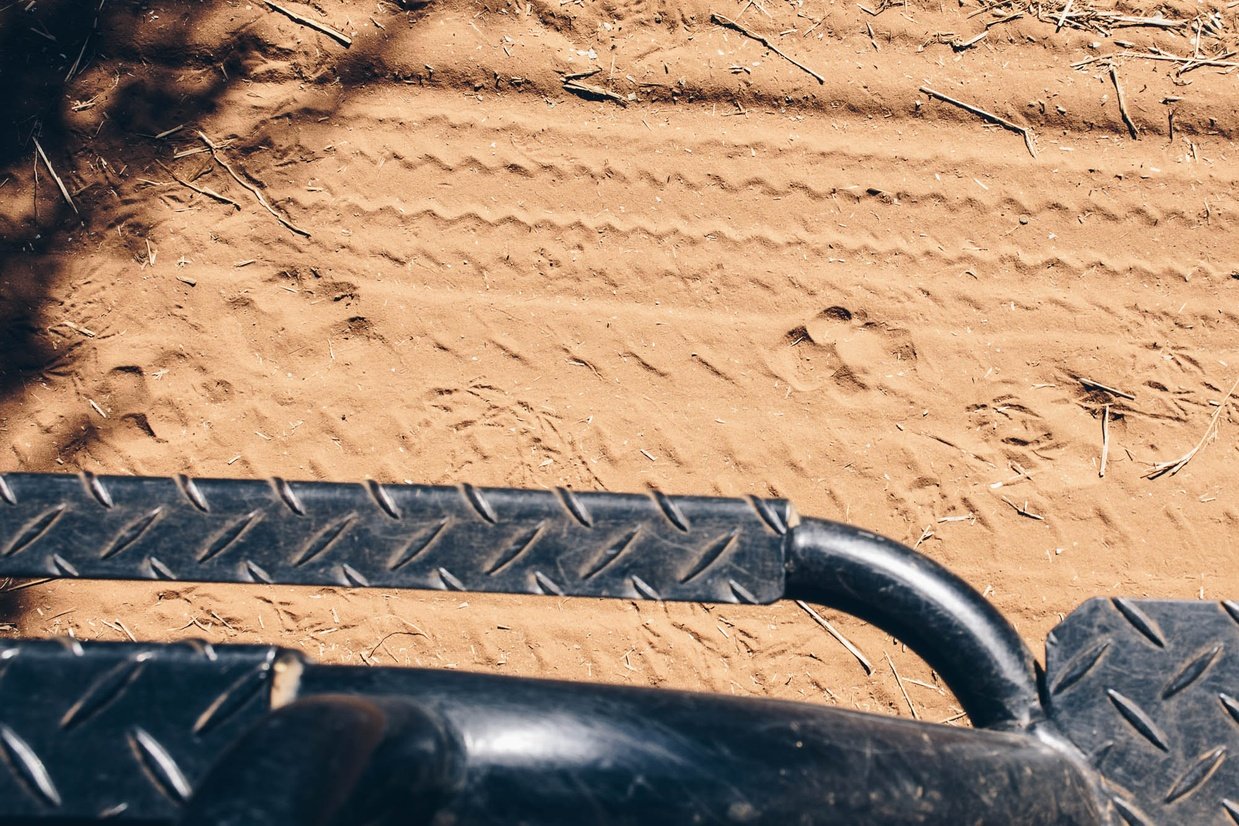 July has been a great month for leopard sightings! I had an awesome sighting of a massive male on Sandpad and Pafuri main the other night. He walked right in the middle of the road and was not phased by our presence at all as he stopped every so often to mark his territory. At one point he stopped to sniff some dry elephant urine and then proceeded to roll around in the spot for ages. It was truly an unbelievable sighting! We also saw a young female leopard feeding on a kill on the Koppie behind baobab hill house; it was later stolen by a hyena. Mating leopards were seen near the fever tree forest and leopards have also been spotted around Pafuri camp as well as the trails camp.

Buffalo have been seen in large numbers and are in good condition, healthy and thriving in Pafuri. There are also many “dagga boys” that have been hanging around both trails camps. Whilst having dinner one night, there was a male buffalo munching on grass only 10 metres away from our dinner table! We also had a buffalo bull in Hutwini trails camp this week feeding between the tents while we were having breakfast. He was so close to the showers that our guests chose to skip the afternoon shower and instead waited for a starlit shower. 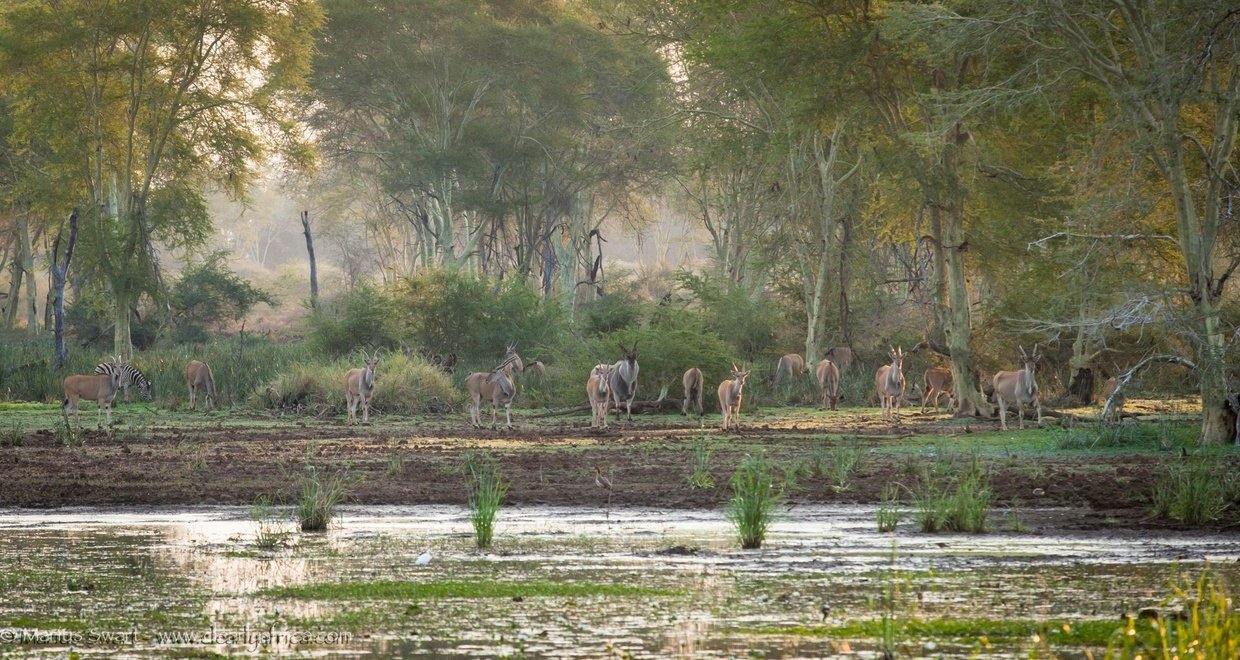 The smaller pans are starting to dry up now, but many of the bigger pans such as Nwambi and Hlangaluwe are still incredibly full and should hold water for most of the dry season. There are still 14 hippo in Nwambi pan!

July is a fantastic month for trails. The bush is starting to thin out a bit more and a few flowers are starting to blossom on trees. Walks to the pans have been awesome with all the pans still containing water and attracting the larger mammals. Reedbuck vlei is still a birders’ paradise this July.

* Leucism is a condition in which there is partial loss of pigmentation in an animal resulting in white, pale, or patchy coloration of the skin, hair, feathers, scales or cuticle, but not the eyes. Unlike albinism, it is caused by a reduction in multiple types of pigment, not just melanin.