The Makuleke Contractual Park area for the month of April & expectations for May and into the winter months. 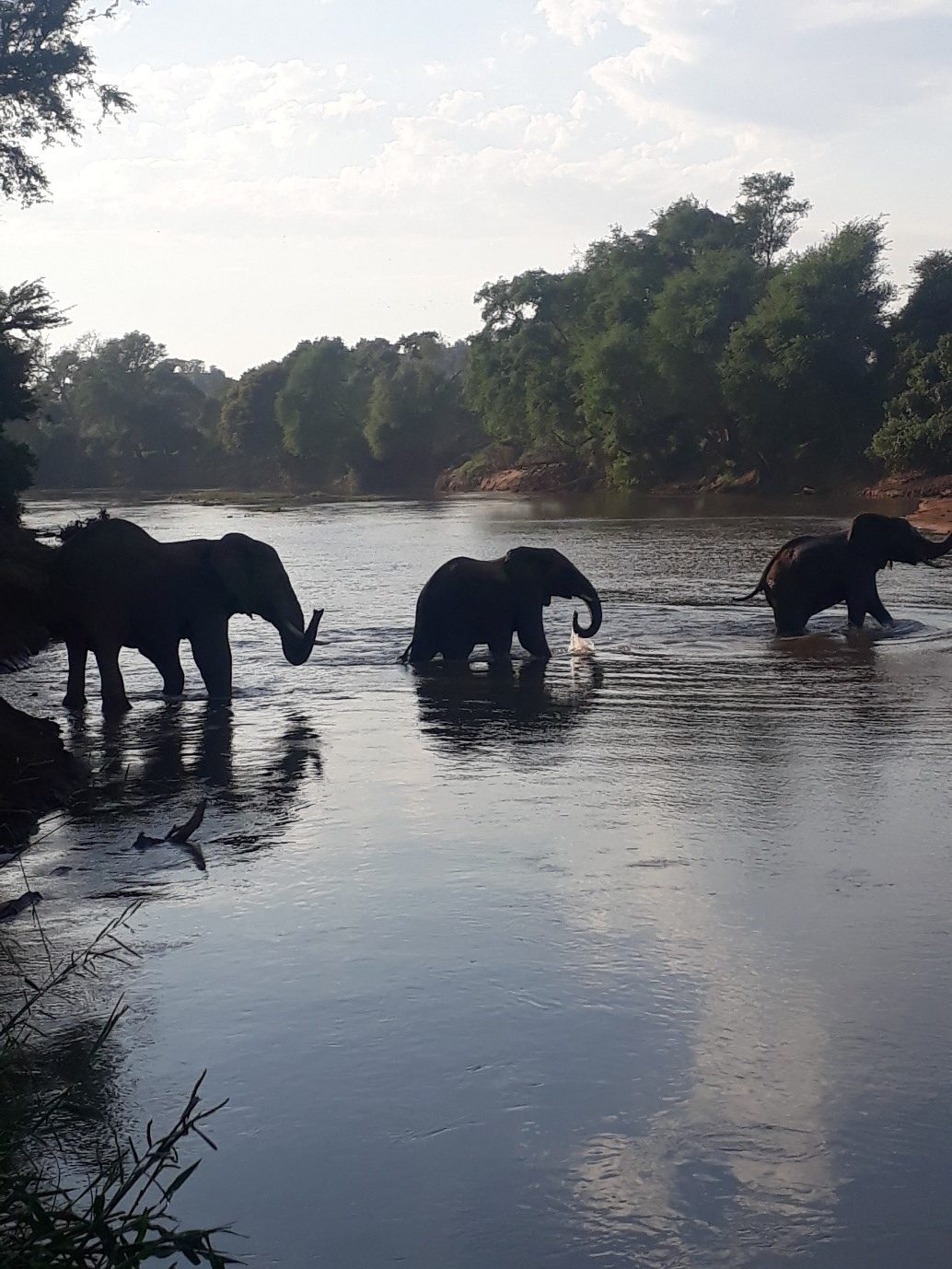 To start off with there has been a definite change in the fauna and flora behavior during the month of April as the summer months have gone and autumn is in full swing.

There are fewer dung beetles as they have done their summer-time job of cleaning up piles of dung of the various large mammal species by burying them in the ground along with their eggs to await the next rainy season. 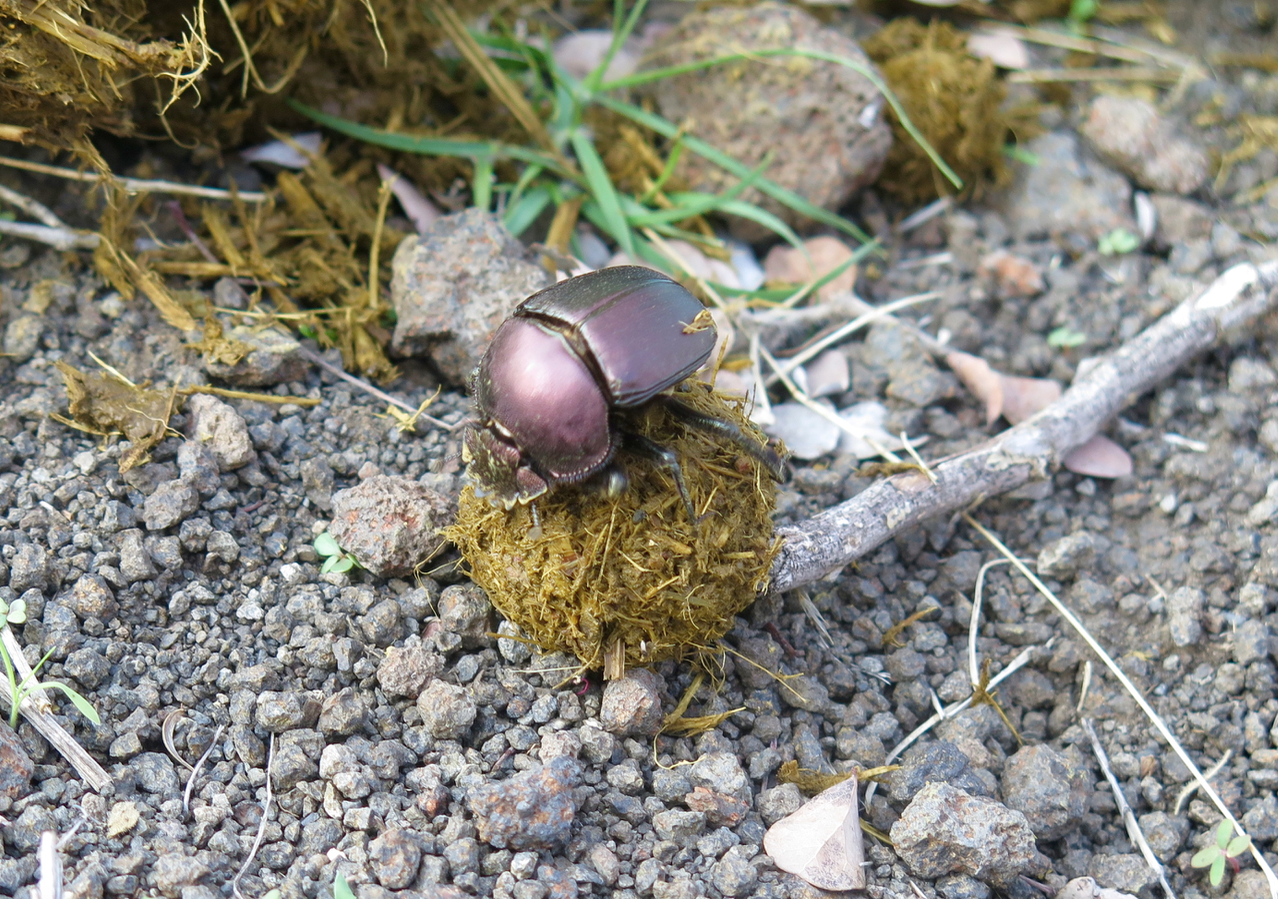 The large Ana-tree tree species (Faidherbia albida) that tower above us at 30 meters high and grow along the Luvuvhu river in the Alluvial soils are now all flowering. Completely opposite to “normal” deciduous trees, the Ana-tree looks dead in the late summer but comes to life in the autumn and flowers throughout winter. This reverse phenology helps with the need to supply food for the herbivores in the dry winter months as the usual food sources have dwindled away, the Ana-tree has ample green leaves and large pods for all herbivores to eat.

Some of the Palearctic migrant species that we see a lot of, such as the Spotted flycatcher, common cuckoo and European bee-eaters, have started their migration back north. As they leave Makuleke they make space for the sought-after Racket tailed roller’s that come to visit the tall forests of the Limpopo. The gregarious Palearctic Migrant Amur Falcon that arrived in a flock of about 100 strong at Banyini pan through summer have also now migrated.

The Intra-Africa Migrants that have noticeably left, such as the Black Cuckoo, Temminck’s courser, Dideric cuckoo, Jacobin Cuckoo and Wahlbergs Eagle, have also migrated. Although some of the Intra-African Migrants and nomadic water birds are still present. Water bird numbers are expected to rise as is still plenty of water in the Makuleke wetlands area. These birds will be following food sources where there are a number of pans that are full and there are still lots of edible aquatic plants and amphibious food available.

As the Pans in the Makuleke Wetlands become shallower over the next few months, the Fauna and Flora , the food for the storks, geese and ducks will become more accessible to all forms of birdlife. We expect to see bigger flocks of various storks, Pelicans and other Nomadic water birds feeding at these pans along the Limpopo. 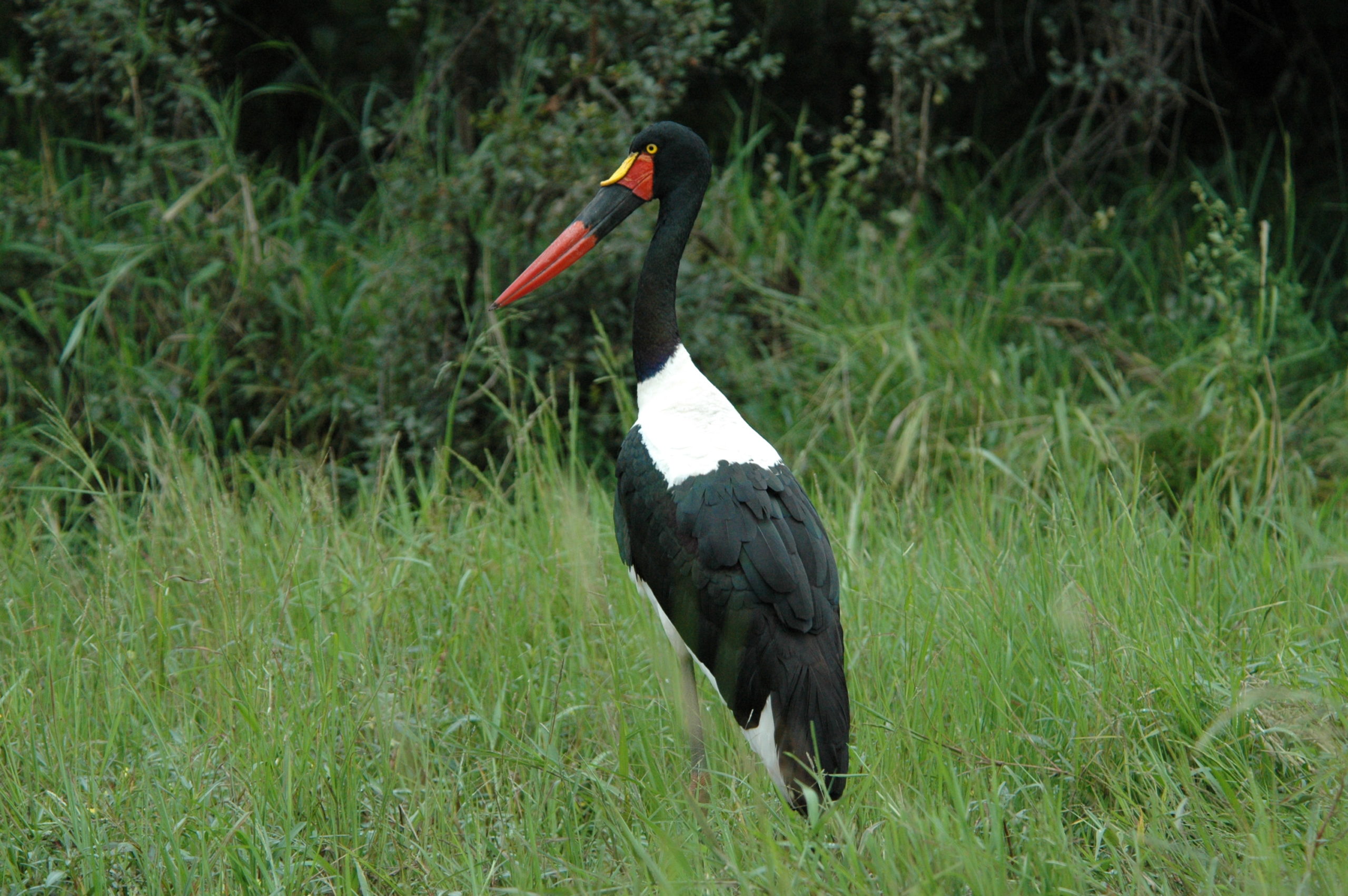 Every morning at dawn, along the Road between Luvuvhu River Camp and Pafuri Luxury Tented Camp, we are treated to a pair of Tawny Eagles, a dark Morph and a pale Morph, resting on a dead tree. At almost the same time each morning they fly from this resting spot to an area closer to the river. Always the lighter Morphed Eagle followed by the darker Morphed Eagle of which I have seen the darker morphed eagle carrying nesting material.

There are some nice big Buffalo bulls along the river, they seem to arrive in ones and two’s and would avoid each other at first. After a week or so they seemed to have become used to one another and have now formed a small bachelor herd. The breeding herds are scattered all over Makuleke.

There is an abundance of elephants in Pafuri, from bachelor herds to breeding herds. They are all here to reap the rewards of leaving the vegetation to grow and recover through the rainy season.

Lots of zebra’s around with some new-born foals. Warthogs are around, however there are fewer than we saw the same time last year. As you know, last year we had a very bad drought and recorded a below average rainfall for 3 years that had a negative impact on food supply which impacted the number of warthogs found in the area in 2020.

Crocodiles are still abundant in the Luvuvhu River and continuously provide us with great sightings. They come in so many sizes  due to their longevity and are masters of survival. Guests staying at the camp often come to us at teatime with stories of how they watched, from the comfort of their private viewing decks, a crocodile feeding or attempting to catch prey of all sorts from birds, to fish and different types of antelopes. 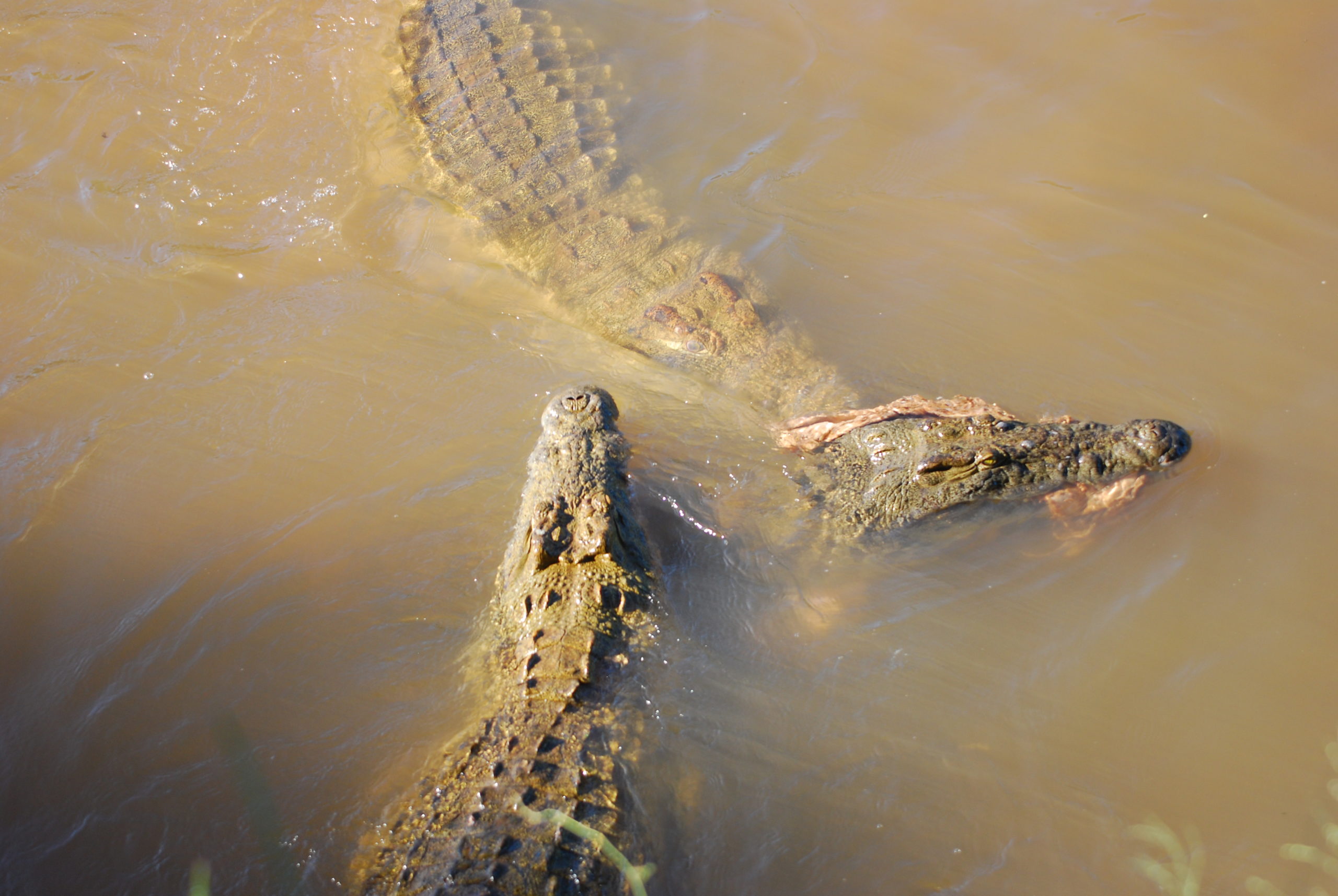 I hope this has been an interesting read for everyone and my thoughts are with you all during this strange time we are all living in due to the lock-down. As I sit here looking at the Luvuvhu river I see a juvenile white-backed vulture sitting in its nest waiting for the parents to come back with a meal, as I write this an adult has just flown in, landing at the nest site with some food in its talons. Wow! A crocodile propelled out of the river and pulled a large female waterbuck into the water, she managed to get a grip in the mud and freed herself and then stood at the riverbank for about an hour, all whilst an old buffalo bull is going about his lazy day, grazing and wallowing across from the action.

Makuleke sure is a land of natural wonders. 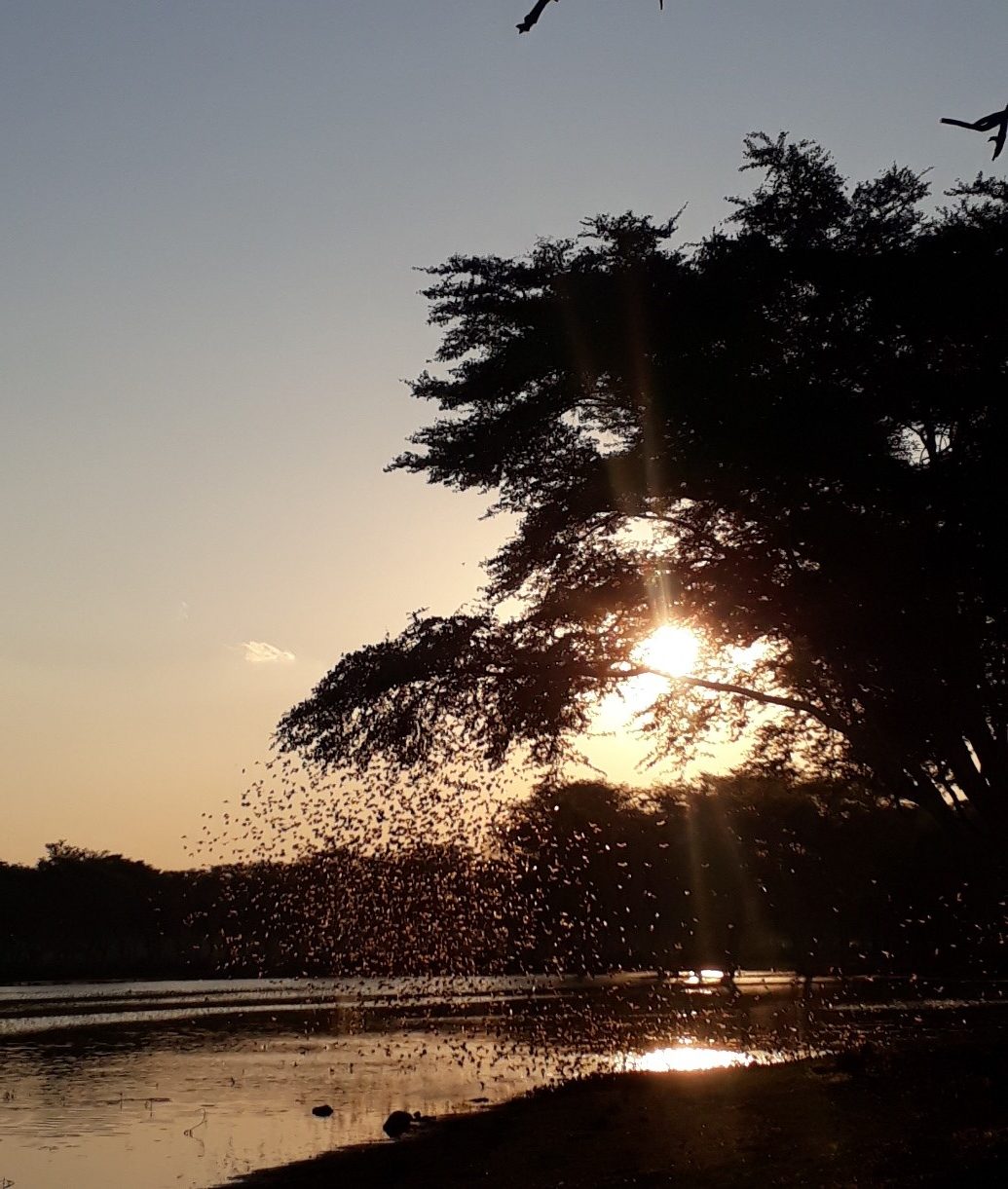