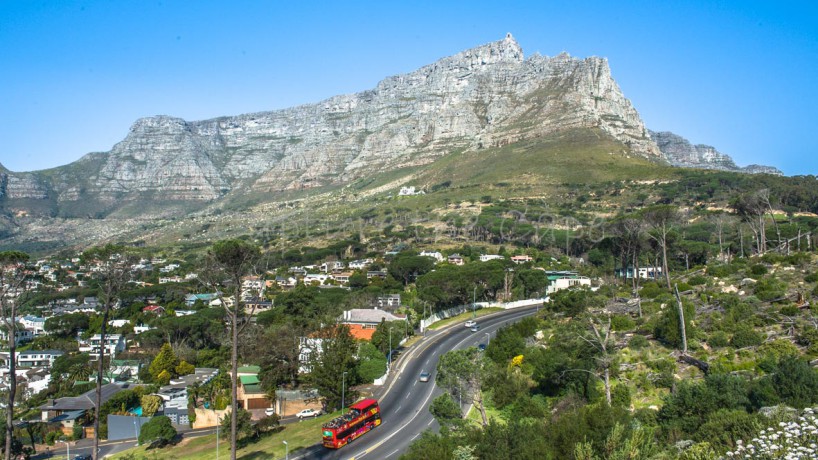 Travelling in Cape Town by Uber

In intervals, the paragliders swooped and arced in the sky before coming down softly on the grass in front of us. Well, across the little crystal pool and over the thronging deck, where a girl had just been given a giant teddy bear that peaked over the top of her head while she squeezed it with everything she had.

I had just cut into a perfectly cooked steak that was swimming in a delightful Dijon sauce and thrust it into my mouth with more than the amount of chips that should have been on my fork. Ah, bliss! It was delicious. And with a sip of cool rose the frustration of the journey to get here evaporated. It made me think about where the wonderful, yet entirely incompetent Uber driver who had dropped us was now.

Let me back up a bit. We were on Kloof Street and needed to get across the mountain to Camps Bay/Clifton side, and rather quickly. So we ordered an Uber, naturally. He arrived promptly and greeted us with a smile and an open door. After I told him where we were going, he headed off in the wrong direction. I politely asked if he knew where it was, and he said he thought he did. But not to worry, I can direct you anyway! So I told him to turn around and head up Kloof Nek and over. It took us until Long Street, Cape  Town for him to decide to head the right direction. But it was ok, he was a lovely Zimbabwean who had some interesting things to say about his country as well as South Africa’s struggle.

We got to the top of Kloof Nek and went careering over, instead of taking the instructed right turn down towards Clifton. Oh not to worry! I should’ve been more vigilant. So we took the next right turn to try and salvage some distance. This just took us to a dead end in the middle of a forest somewhere, where my frustration started to peak with the repeated attempts to crawl back up the hill in fourth gear. But we eventually got to the right road, and then to our destination, The Bungalow. It took about three times longer, and cost as much, but we made it and thanked him kindly and wished him good luck with his new venture, as he’d in fact just started with Uber.

As I sat there enjoying the view and the food and the drink, without any hint of the tedious journey getting there, I thought about how glad I was that we had stayed patient throughout and kept our kindness, especially because I knew that he was back out on the road in the traffic and the heat, doing his best, and more than likely was going to have to put up with some abuse from a few irate and bullying customers.

So be nice, you’ll get there.

For information about Welgelgen Boutique Guest House, visit our website, or to read more of about our escapades, read our blog.