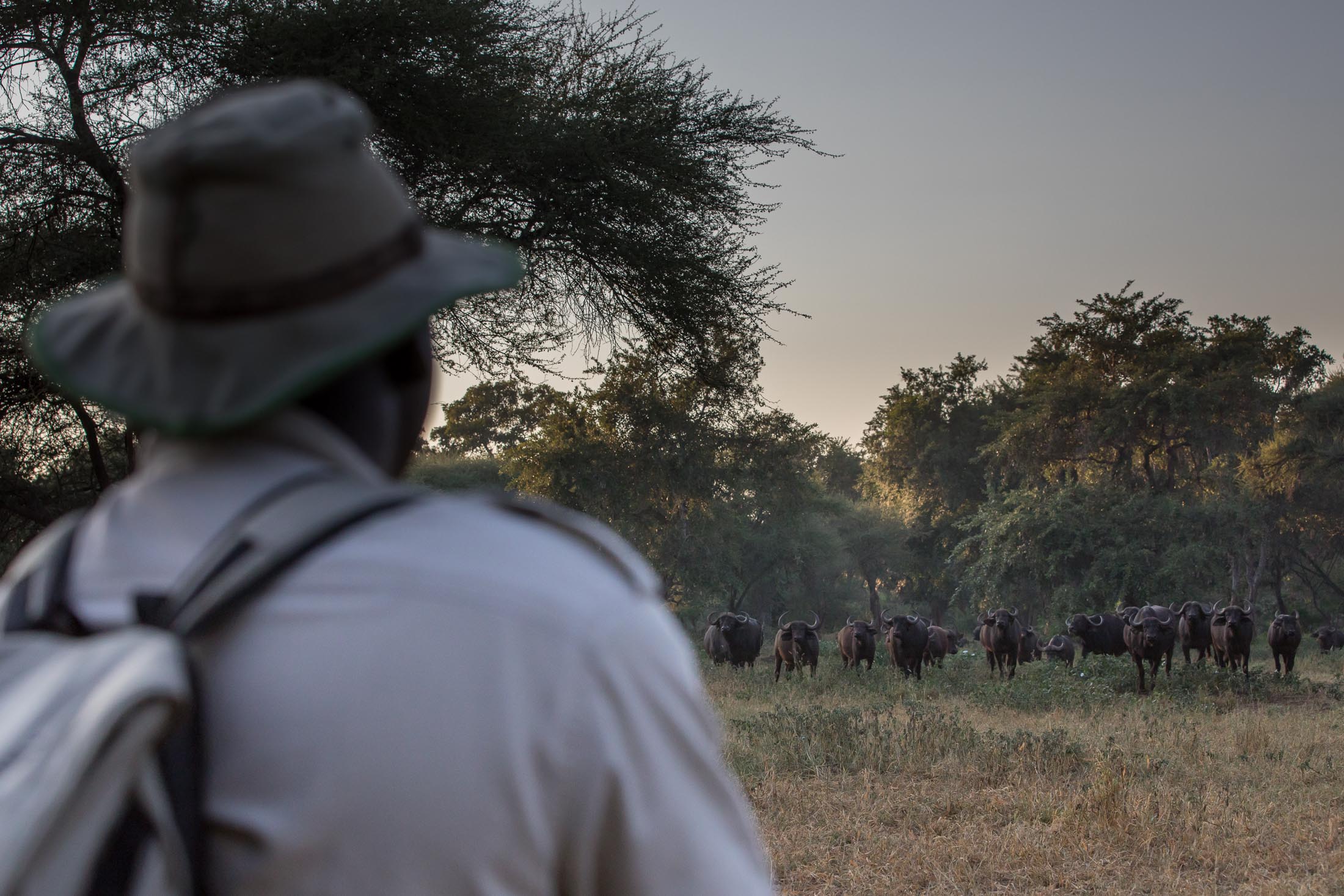 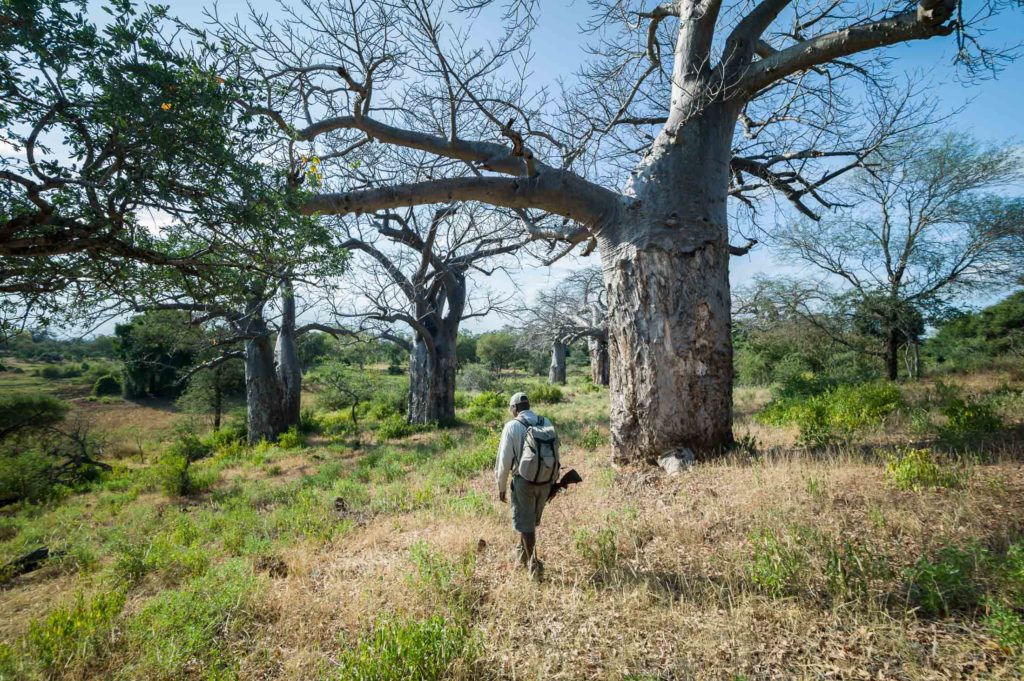 Ask a trails guide which close animal encounter will get their heart beating fastest, and you might be surprised at the reply.

It’s not big cats. We humans are not their natural prey, and their first impulse is to move away from us. A rhino has to be treated with respect, but can be approached quite close if there is cover. Elephants are good communicators with body language, and their powerful sense of smell means they usually know we are nearby before we see them.

No, the animal that gives guides an adrenaline rush is the cape buffalo – in particular the bulls known as dagga boys. That’s the name given to the ones that have separated from the herd, forced out by stronger males. Maybe that’s why they’re permanently grumpy? 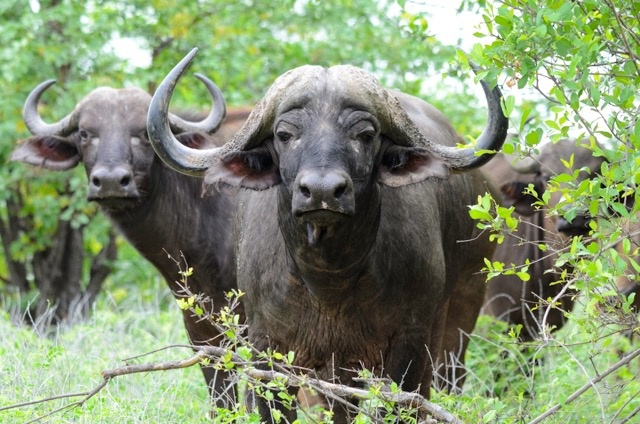 They like to feed at night, then drink at the river early in the morning. In the heat of the day they search for the shade. Their hide is dark brown or black, but often coated in mud, which helps protect from both sun and parasites. On the move, they are under a cloud of dust, and at rest – in a cloud of flies. There are birds such as cattle egrets and the red-billed oxpecker that have evolved to feed on these insects, in one of nature’s many synergies. 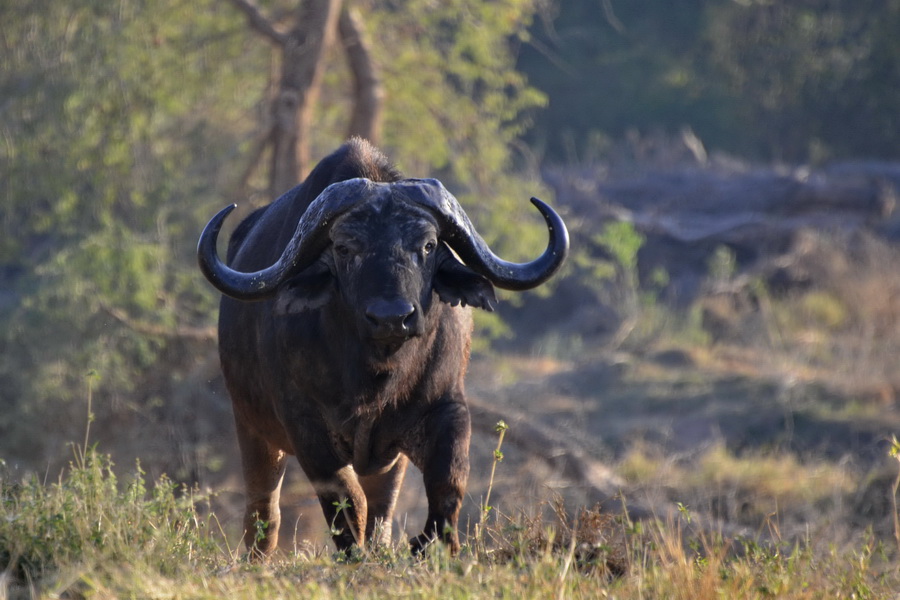 I was out for a walk with trails guide Calvin, close to the airstrip, when we happened on a pair unexpectedly. They had been lying down in the shade behind some bushes, heard us coming and one jumped up. He saw us at the same moment we saw him, and we were 30m distant and without cover, which is not ideal. It’s known as “unintentional contact” and is something for which guides train. It’s always better to spot the animals first, to either take a controlled approach or evasion.

Calvin motioned to me to squat down and stay quiet. Presenting a lower profile makes us look less threatening. Incidentally, it is the opposite with big cats – if you squat before a lion or leopard, you look more meal-sized. I dropped down about a metre behind him, the best place to be during a close encounter. 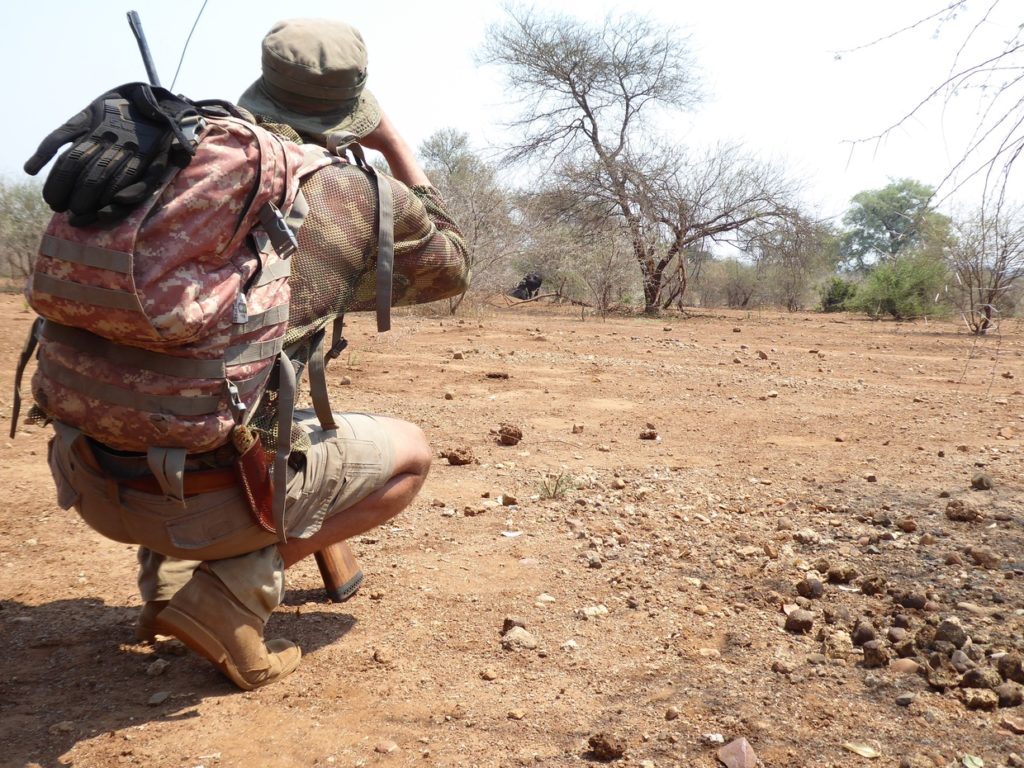 It was a moment to mentally recap the five rules of walking with wildlife. Calvin reminds guests before every trail starts: Walk in single file, keep together, stay quiet, always follow the guide’s instructions, never run. I’ve learned that the best place to be during an encounter is a metre or two directly behind one of the guides. There, it is easy to view the animals and watch for any hand signals at the same time.

For a minute or two, the buffalo stared at us, and we stared back. He looked calm, but Calvin has had many such encounters, and knows that these animals are unpredictable, their body language hard to read. But the bull looked away, indicating he was not feeling threatened. We stood and walked slowly away.

After the walk, Calvin would record the encounter in his “dangerous game logbook”. Like the other Pafuri guides, he is a member of the Field Guides Association of South Africa (FGASA). To qualify as a professional trails guide, he had to log 600 hours of guiding on foot in “Big 5” areas, and has had many more to record since then. 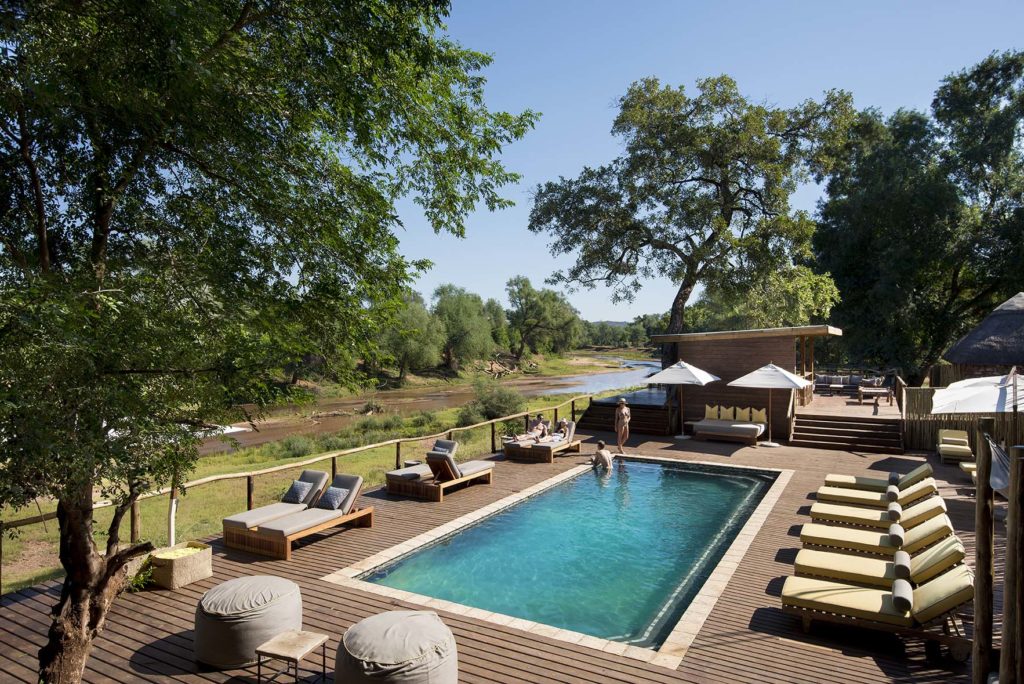 That afternoon, I was poolside at the camp enjoying a vodka tonic when the main buffalo herd emerged from the bush on the other side of the river. I decided that’s a better vantage point for viewing these big and scary animals.