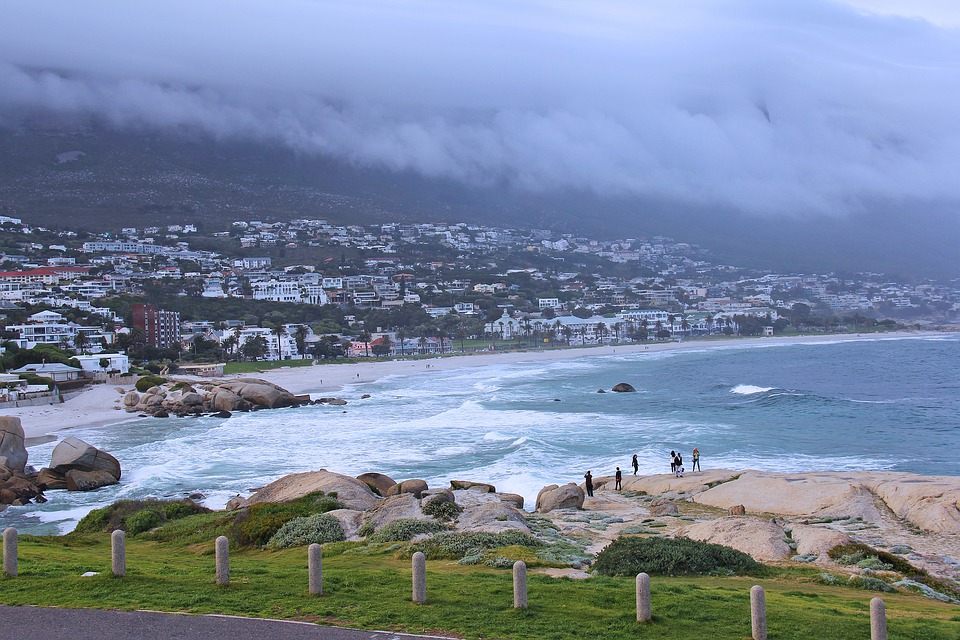 In this winter of storms, what better destination for an outing than the Cape of Storms? A new vehicle for transfers and tours has arrived at Welgelegen Boutique Guest House, making it a convenient day trip for guests.

I made sure I had the window seat for my first flight to Cape Town and it paid off in a big way. It was one of those spring days when a fluffy layer of cloud lay like a rumpled blanket on Table Mountain, trickling vapor into the shadowy Kloofs. Even the pilot was mesmerized, as the plane seemed to slow down to enjoy the view. Behind the famous mountain and its white “table cloth”, I could see the Cape Peninsula fade to the horizon, the blue of False Bay on one side, the greyer shade of the Atlantic on the other. 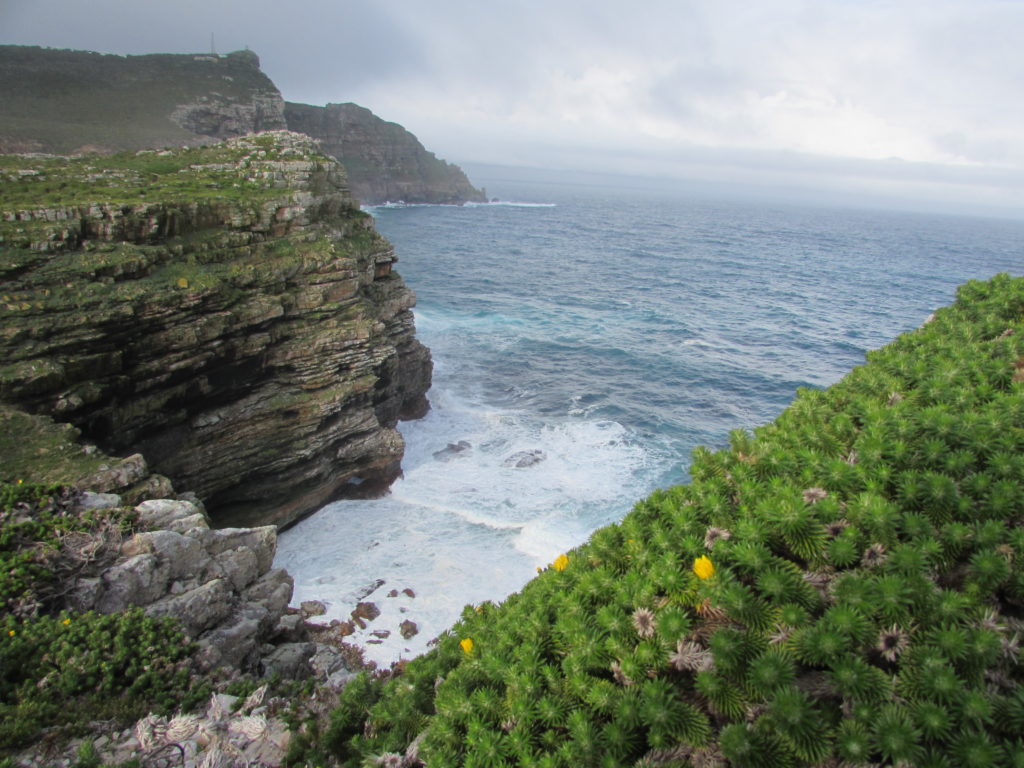 Of all of the Cape’s attractions, this was number one on my list – I wanted to travel the peninsula and lean into the ocean winds at the Cape of Good Hope. Table Mountain cable-way, Robben Island, and everything else could wait another day. I’d already done some reading and made a few little discoveries. It’s not Africa’s most southerly point – that is the less-visited (and less dramatic) Cape L’Agulhas 150km to the southeast. The first Europeans to set eyes on the cape were led by Portuguese nobleman Bartholomew Diaz, but they did not spot it on their voyage east. The winds had taken them far from land, and they found the cape on their return journey, having reached as far as the bay now known as Nelson Mandela Bay, east of Port Elizabeth, on March 1488. Diaz named his discovery Cape of Storms for obvious reasons before his King gave it a more positive re-brand. The new name didn’t save Diaz from losing his life on a later voyage, wrecked by the Cape weather in May 1500.

Another thing I knew about the Cape is that it has Africa’s only native penguins, and I wasn’t going to miss the chance to see these funny birds for the first time. They would be the first stop on our Cape tour, and we left Welgelegen House in high spirits, armed with a picnic lunch, and rain gear just in case.

Welgelegen has this year added its vehicle for transfers and tours like this, so we were in good hands. Our tour guide explained there were two ways to go, and recommended we travel to the Boulders penguin colony near Simon’s Town via the M3, east of Table Mountain National Park. It’s quicker than the Atlantic coast route and enabled us to get there before the place was too busy. In less than an hour, we were following the boardwalk to the beach, already hearing the weird penguin call, like a donkey’s bray. What a special place – one of just three breeding colonies on the mainland, and busy as can be with penguins surfing in on the waves and trotting to their burrows. 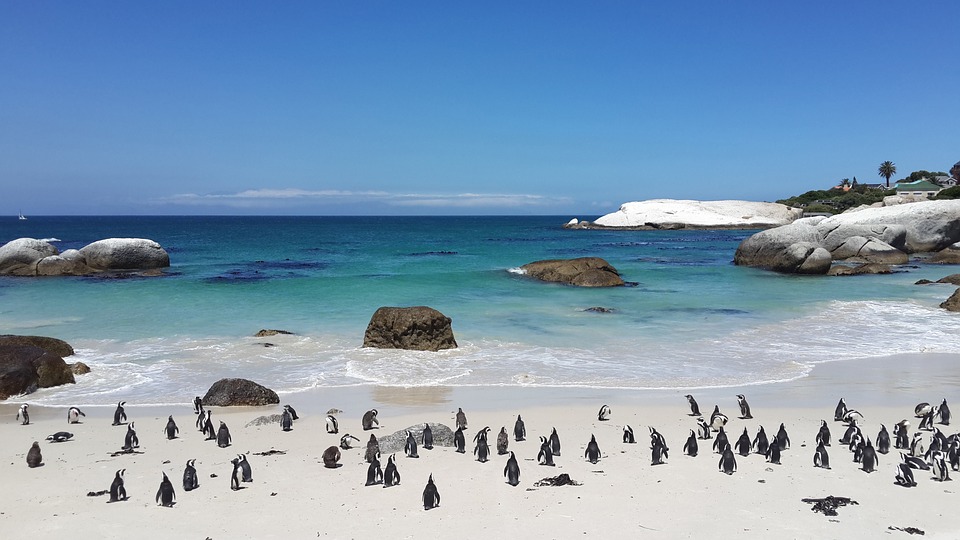 From Boulders beach it was just 30 minutes to the entrance to the Cape of Good Hope Nature Reserve. We pulled in at the first viewing point overlooking False Bay and followed a trail for a few hundred meters. I spotted a family of dassies (rock hyrax) twitching their noses. What’s that smell? Oh, that must be the seals on the rocks below.

The fresh air was making us hungry and we decided to have an early lunch. After another 6km we turned for Bordjiesrief and the road descended past Vasco de Gama Cross – a quick photo stop. He is the captain that went one better than Diaz and sailed to India. At the picnic area by the shore, we refueled with fruit, sandwiches, and delicious vegetable stick dips (Thank you, Erica!).

After a quick comfort break at the Buffelsfontein Visitor Center, we were ready for the main feature. We left the car and driver at the parking below the Cape of Good Hope Old lighthouse, and he gave us directions to where he would meet us, at a different parking area closer to the Cape itself.

The next hour was the most sublime experience imaginable. Nothing could be a greater contrast to my native mountains of landlocked Kingdom of eSwatini. We dropped down a quiet trail, leaving the midday crowds behind, finding wooden steps down to Dias beach: wave-battered, sand blown and empty, not even a lonely penguin. Nothing to the south but wild ocean for 6000km. 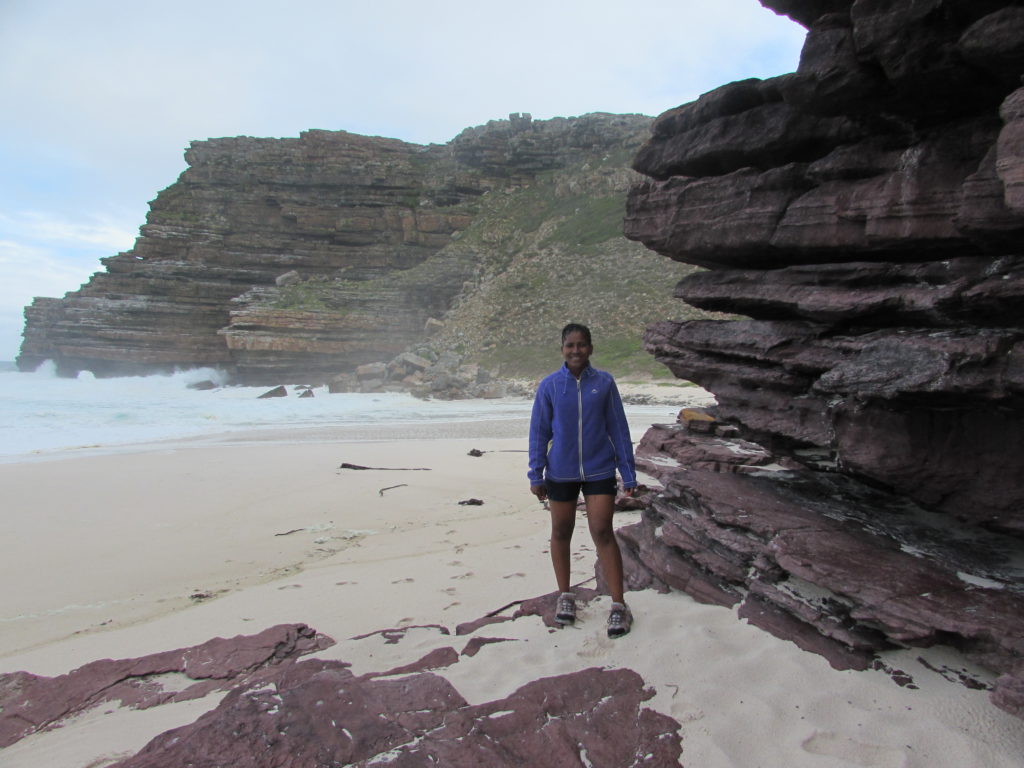 We almost ran the final steps on the narrow trail through the fynbos to reach the longed-for destination, the rocky headland of the Cape of Good Hope, Cape of Storms, Cabo das Tormentas. A flurry of rain arrived from the west, but I welcomed the cooling mist on my face. I had that self-satisfied feeling of an ambition achieved. 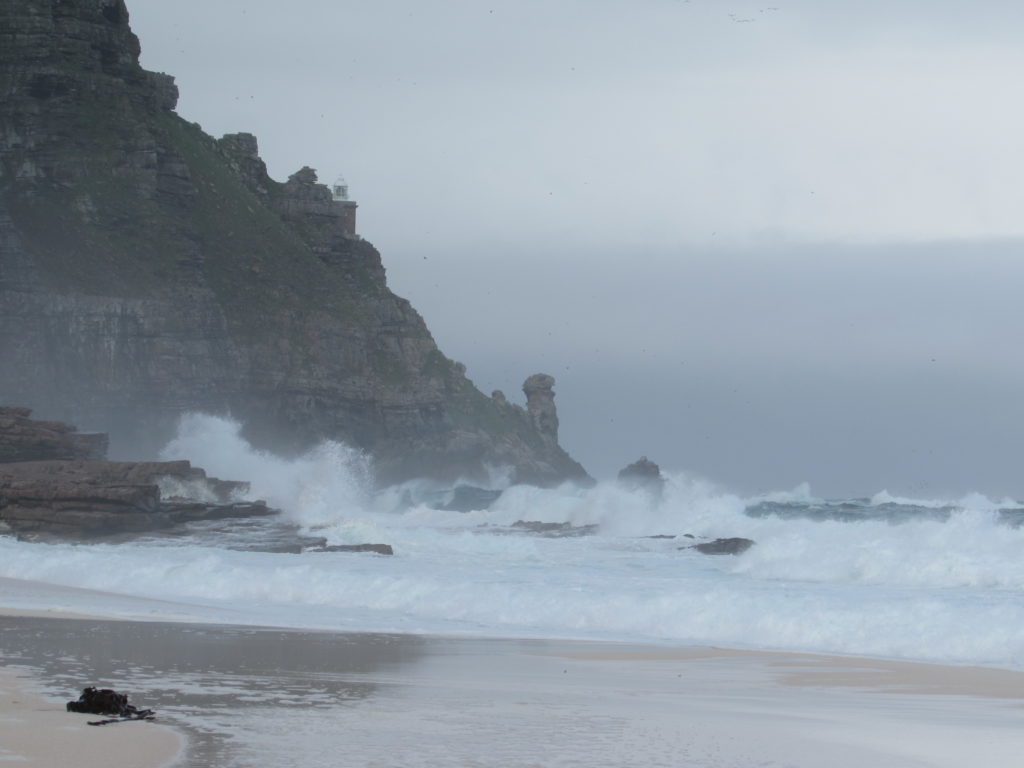 On the return journey, we took the Atlantic route through Kommetjie and then the spectacular Chapman’s Peak drive. Now I understood why our guide saved this to the late afternoon, as we watched the sun sink into the Atlantic, its last rays lighting up the cliffs above us. We didn’t need persuading to stop for sun-downers in Camp’s Bay, from where it was just a ten-minute hop over Kloof Nek to well-earned rest at Welgelegen Boutique Guest House. It seems almost unfair that Africa’s most beautiful city also has one of the world’s greatest day trips to enjoy. Lucky Cape Town.